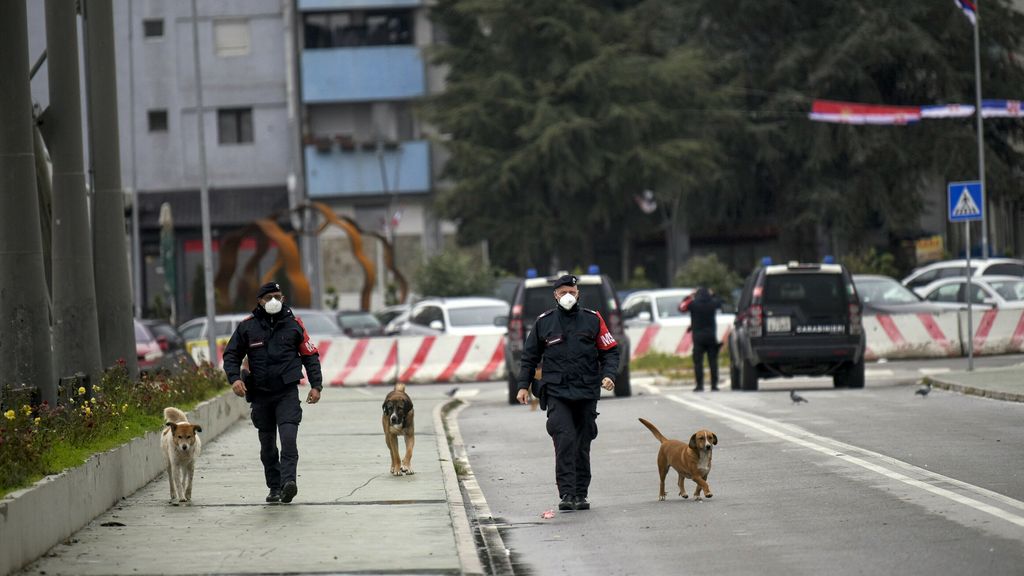 Kosovo will not impose a fine on Serbian residents who have not yet replaced their Serbian license plate with a Kosovar plate within the next two days. From today the police were to issue fines, but Prime Minister Kurti last night agreed to a US offer to postpone this for a while.

Kosovo declared its independence in 2008 and introduced its own license plates, among others. Neighboring Serbia does not recognize the independence of the former Serbian province. Ethnic Serbs living in northern Kosovo continue to drive with a Serbian license plate. This has long led to tensions in the region.

For example, hundreds of Kosovo Serb minority police, prosecutors and other employees have been fired. They did this to protest against plans by the government in Pristina to also force Kosovars Serbs to change their license plates to Kosovar license plates.

Kosovo wants to use the next two days to work with the United States and the European Union to find a solution, the prime minister said. Yesterday, during a one hour meeting in Brussels, it was not yet possible.

EU foreign affairs coordinator Josep Borrell said after the talks that both sides were responsible for the failure to reach an agreement on the issue.

“For the sake of transparency, I have to say that we made a proposal which could have prevented this risky situation and which President Vucic of Serbia accepted today, but unfortunately Prime Minister Kurti did not,” said said Borrell.

The EU foreign coordinator also said he would inform European member states of the lack of compliance with international obligations by both parties. “This is especially true for Kosovo,” he added.

“Borrell has now specifically put the ball in Kosovo and that doesn’t happen that often. It’s a new trend.

Kurti has now also indicated that he wants to find a solution within those 48 hours. It’s not easy, as Serbia and Kosovo say the other is not respecting the agreements reached in Brussels in 2013.

It is now also about dialogue to achieve a viable relationship in order to take a step towards EU membership. We’ve been talking about it for years.

Ties between Brussels and Pristina are not as strong as American relations with the Kosovo government. Yet there are also pressures on EU countries. Neighboring countries do not want conflict in their region and the EU does not want to bring it into the fold either. Serbia and Kosovo will therefore have to find ways to interact. Even without Serbia recognizing Kosovo.”

That membership of the European Union is an important reason for Serbia and Kosovo to solve the problem, also emerges from Borrell’s remarks.

The EU’s foreign affairs coordinator said he had made it clear to the two leaders that if they wanted to join the union, they had to act accordingly.