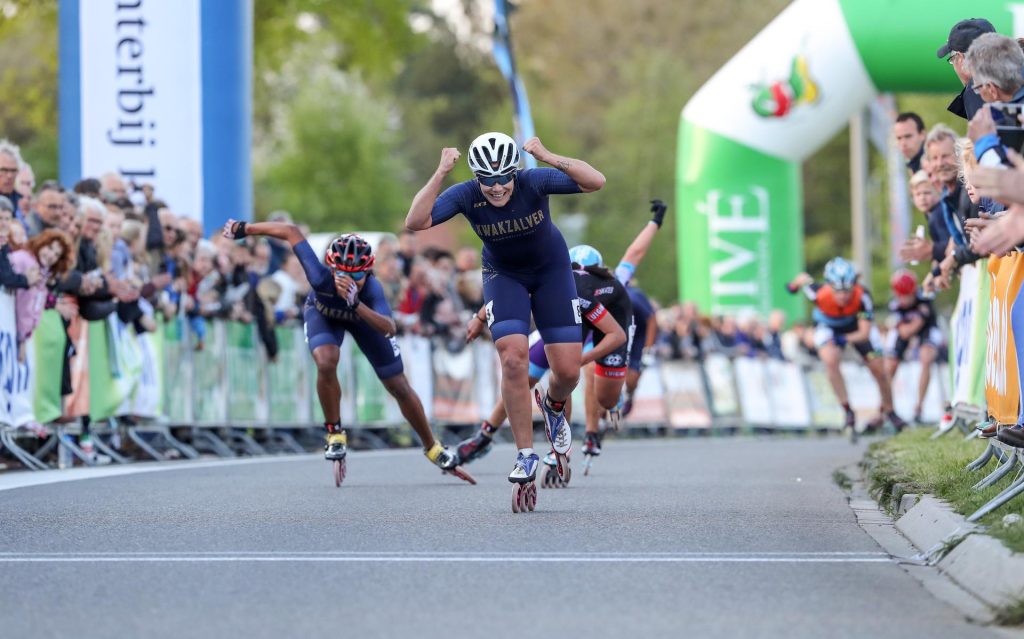 On Tuesday May 3, a national inline skating competition will start in Steenwijk for the first time in two years, with the Reggeborgh Inline Cup at stake. The famous Klim van Steenwijk is the first of the eight marathons counted.

The Klim van Steenwijk will take place on a selective course of 2400 meters with the arrival at the highest point. The track record of this oldest race in our country shows that only the best of the peloton have been able to triumph here.

Gary Hekman is the climbing course record holder with no less than six triumphs, the most beautiful of which came in the battle for the European Championship title in 2016. After a thrilling final sprint, Hekman beat the Belgian Bart Swings, who was twice the best in Steenwijk. Other victories include Arjan Smit (five times), Erik Hulzebosch (four), Ingmar Berga, Crispijn Ariëns, Jouke Hoogeveen and Sjoerd Huisman, who died far too young.

In the rich history of Steenwijks Skeelerklim, during the first decade we come across the names of Dries van Wijhe, Henri and René Ruitenberg, Edward Hagen and Haico Bouma on the impressive track record. In addition to Swings, other foreign personalities also made it to the top step of the podium, namely Frenchman Cédric Michaud, Michael Byrne (Australia) and Peter Michael (New Zealand).

Among the ladies, only complete riders were able to win the Klim van Steenwijk. Elma de Vries has won three times and holds the record. The Belgian Jessica Gaudesaboos, the great Italian Francesca Lollobrigida and Manon Kamminga were capable of two victories. Earlier, sisters Janita and Gretha Smit also picked up two wins. The winner of Klim’s last round of 2019 was Marijke Groenewoud, who beat strong German Josie Hofmann and favorite Manon Kamminga in that order in the final sprint.

Marijke Groenewoud then had her definitive breakthrough, even becoming world champion in the mass start and winning the bronze medal in the team pursuit last winter at the Olympic Games.

For the fifteenth consecutive time, ELEQ mastering electricity is the main sponsor of the Klim van Steenwijk, which is used for the 36 and time on the calendar and with Oldebroek is one of the longest existing inline skating marathons in our country.