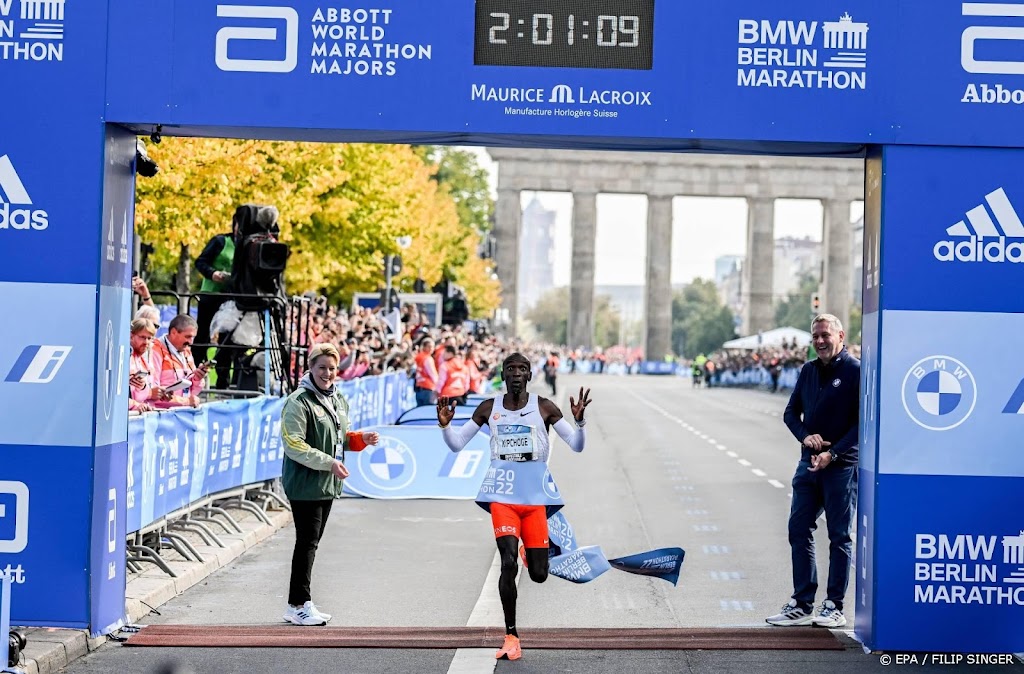 The former fastest time was also in the name of Kipchoge, who clocked 2.01.39 in Berlin in 2018. The following year he managed to become the first person to run a marathon under 2 hours on a track closed in Vienna. With help from a large group of pacemakers, it came in at 1.59.40. This time was not recognized as a world record.

Kipchoge was initially accompanied in Berlin by so-called hares, but walked alone from kilometer 25. The marathon legend already suspected that Berlin would hit a rush hour. After 15 kilometers he was even on time for a time of less than 2 hours. “I think I can do a very good race, and maybe it will be my best, but I will not run less than 2 hours here,” he predicted a week ago.

“I’m very happy with my preparation. I’m particularly fast thanks to the team around me, while the new material has also played a role,” Kipchoge, who has always been an inspiration, said gratefully. . “My family motivates me and I especially want to inspire young people, show how healthy sport is and how sport is a bond.”

Kipchoge said the plan should start soon. Halfway through, he clocked a split time of 59.51. Shortly after, he had to continue alone. “After 38 kilometers I was sure to break the record. The conditions were good. It’s a very nice race. I was also impressed by the fans and their encouragement.”

The Kenyan has now won fifteen of the seventeen marathons in which he started. These include the Olympic marathons in Rio (2016) and Tokyo (2021). He is aiming for further Olympic success at Paris 2024. This would make him the first athlete to win the marathon three times at the Games.

Kipchoge won the Rotterdam Marathon in 2014 and in 2021 he won the Tokyo Olympics Special Qualification Marathon at Twente Air Base.