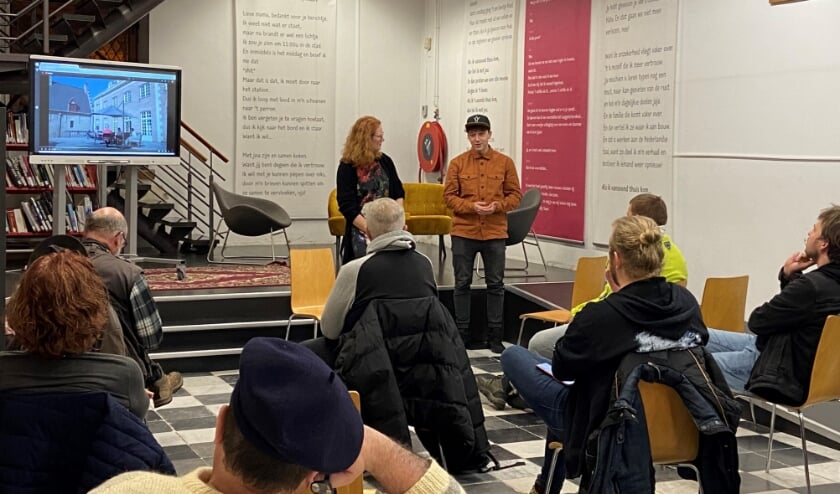 BERGEN OP ZOOM – Bergse rapper Kenny Anders formed the Rap Trust Band with three participants from the West Brabant Library Language Practice Groups. Reading and Writing Week, in which attention is drawn to low literacy, turned out to coincide this year with the Popmonument weekend. The association of language and music gave birth to the idea of ​​a collaboration between the West Brabant Library and Pop Monument.

Kenny Anders is the pseudonym of Kenny van Elteren. The 28-year-old rapper, originally from Bergen op Zoom, has a degree in psychology and works as a coach for autistic students. Kenny raped ‘Trust Band’ with three participants from the West Brabant Library language practice groups.

The participants in the language practice groups each have very different backgrounds. For example, Leo, 67, was born in New Zealand and knew no Dutch when he arrived in our country years ago. Another participant, Semistan, is from Turkey, for him it is important to speak Dutch in order to be able to live his life here now. As does Danny, 27. He comes from Bergen op Zoom and dropped out of school at the age of seventeen to start working. Because he noticed he was behind in language, he also joined a language practice group.

In rap and music video, the problems are highlighted by people who have difficulty with the language. For example, how do you know which train to take if you can’t read the signs and timetables at the station?
The library is particularly pleased with the collaboration with Kenny, as it draws attention to the low level of literacy in a contemporary form.

On Tuesday evening 23 November the premiere of the music video took place in the library of Bergen op Zoom. Because of the covid19 rules in a small closed circle. The entire process was filmed by Bigboy Film who produced the clip, captioned, at the request of the participants.

The text hangs in banners in the library. The clip can be viewed via the library’s YouTube channel, which is also linked at www.bibliotheekwb.nl