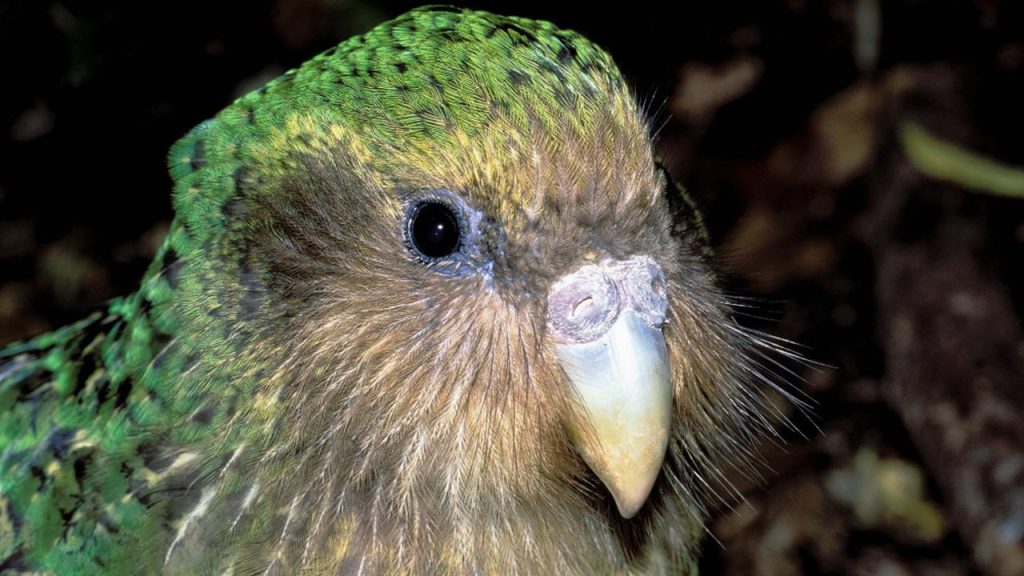 The kakapo was named New Zealand’s Bird of the Year for the second time. The endangered parrot species delivered this unprecedented feat after a fraudulent survey.

Kakapos also took the honor in 2008. New Zealand’s annual bird competition, first held in 2005, is hugely popular and, organizers say, has led to more attention for natural areas and the unique animal species of the country.

The “mighty moskip”, as the clownish kakapo also calls it, cannot fly and is a nocturnal animal. Kakapos are the heaviest and longest parrots in the world.

The animal reproduces slowly and builds nests on the ground. The kakapos smell “inside a clarinet bag, moldy and with hints of wood and resin”, and defend themselves against predators by standing still and “looking like a bush,” a spokesperson for organization. The Guardian.

“These traits have worked well on the Bird Islands where the kakapo evolved, but they don’t fool imported predators like weasels, cats and rats.”

Birds only occur on islands without predators

In the 1990s, there were only 50 kakapos left. After the rescue efforts, the population is now 213 birds. The birds once lived all over the country, but now only occur on islands without predators.

Male kakapos give a loud, shrill call to attract females. Sirocco, one of the men, gained worldwide fame in 2009 by a BBC-program make love with the spirit of a zoologist.

Voting fraud in favor of the little gray kiwi

The also endangered Albatross Antipode finished in second place. Organizers expressed hope that this bird will not feel “stolen”, a reference to the aftermath of the last US presidential election.