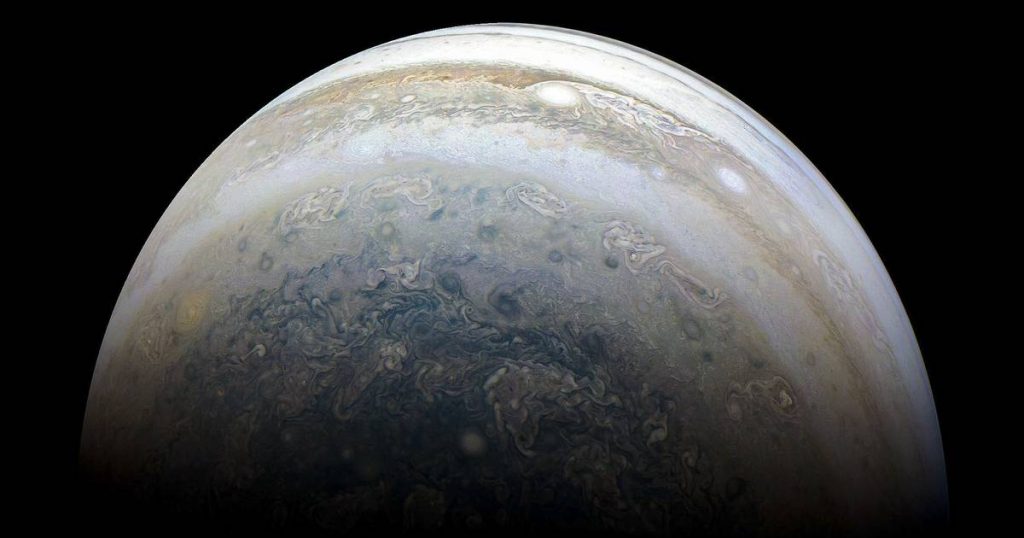 After the Perseid meteor shower, there is something beautiful to see in the sky this week. The planet Jupiter is visible as a very bright star.

On August 20, Jupiter is in opposition to the sun. This means that the planet is directly in front of the sun with the earth in between. This makes the planet visible when the sun goes down and disappears when the sun rises again ”, explains meteorologist Raymond Klaassen van Weather Square of. “Jupiter rises in the southeast around 10 pm and is low on the horizon at first. At 1:45 am the planet reaches its highest point (24 degrees above the horizon). Then look south. Around 5:30 a.m., Jupiter disappears again below the horizon to the southwest.

Jupiter is also relatively close to Earth, making the planet appear larger and brighter in the sky. It makes the planet stand out even more. The distance between Jupiter and Earth is approximately 598.4 million kilometers at the time of opposition. “Just to be clear, it’s not like you’re going to see the features of the planet with the naked eye right now. Jupiter looks like a bright star in the sky,” Klaassen explains. “With binoculars (from preferably on a tripod) you can observe the planet as a disk and you will probably also see some moons of the giant planet. With an astronomer or a good telescope more details become visible and you can see, for example, the bands around the planet and the red spot that makes the planet famous.

Of course, admiring Jupiter only works if there are no clouds. Jupiter is not only visible this week. Also in the months before and after August you can see the planet on a clear day, but during the opposition Jupiter is the brightest and most visible at night.

Jupiter is the largest planet in our solar system. The planet is a gas giant and has no solid surface. The core of the planet is rocky. Jupiter is known for its red spot. This is a massive storm that has been active for centuries.