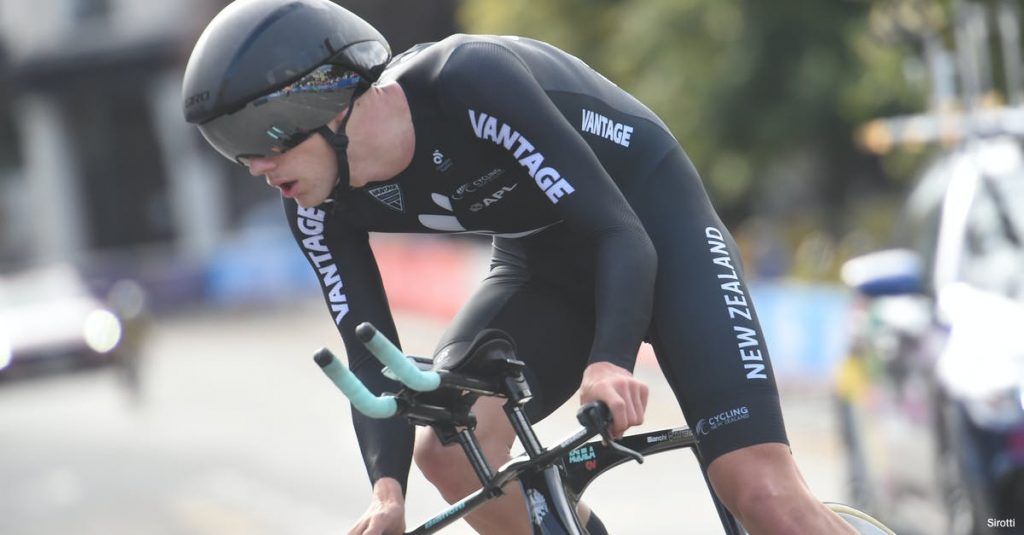 The European road season has yet to start, but Jumbo-Visma was already indirectly successful at the start of 2021. This can be attributed to Finn Fisher-Black, a New Zealander who thrived in the New Zealand Cycle Classic on behalf of the national selection. The leader’s jersey tells you everything you need to know about this talent.

Already in the opening time trial, Fisher-Black managed to hit a beat with his compatriots. For the occasion, he will play for the national team, with whom he managed to win the team time trial. In the second stage, the promising Jumbo-Visma rider finished fourth, which gave courage for the fourth stage. The queen stage at Admiral Hill in the hills of the Wairarapa region was to lead the decision into the five-day stage race.

Fisher-Black impressed during this queen stage on Saturday. With seven seconds clear, he hit a double hit. With only one criterion on the program on the last day, little more seemed possible for the talent. However, it turned out to be different: after wear lettuceonly a small group of horsemen remained. Fisher-Black was still in the squad, but his occasional teammate Corbin Strong turned out to be a bit faster. He captured enough bonus seconds to take back the leader’s jersey.

Nevertheless, we thought it was a good time to meet this young driver. The 19-year-old rider, born in Benenden, lives in Europe much of the year, as does his compatriot George Bennett. Fisher-Black’s sister is also a professional cyclist. Niamh finished 15th in the last World Cup and is considered a great talent in the women’s peloton. For the next two years she will play for SD Worx, as well as Jumbo-Visma, a Dutch group.

“At first it was quite difficult in Europe,” said Finn after arriving at Jumbo-Visma. “Still, I’m getting used to the customs here and it’s nice to experience other influences. Also, there are few peers who are allowed to travel as well as I am. I am very grateful to you. ‘Fisher-Black got a feel for working life last year during his internship at the “big” Jumbo-Visma. He took part in the Tour de Burgos and the Omloop van het Hagenland, among others.

Fisher-Black is even cautiously putting aside his track ambitions for a road career. He would like to ride Strade Bianche one day, but his dream race is really the Tour. “It was this race that introduced me to cycling for the first time. I always watched it during my childhood. It would be a dream come true to win this game.