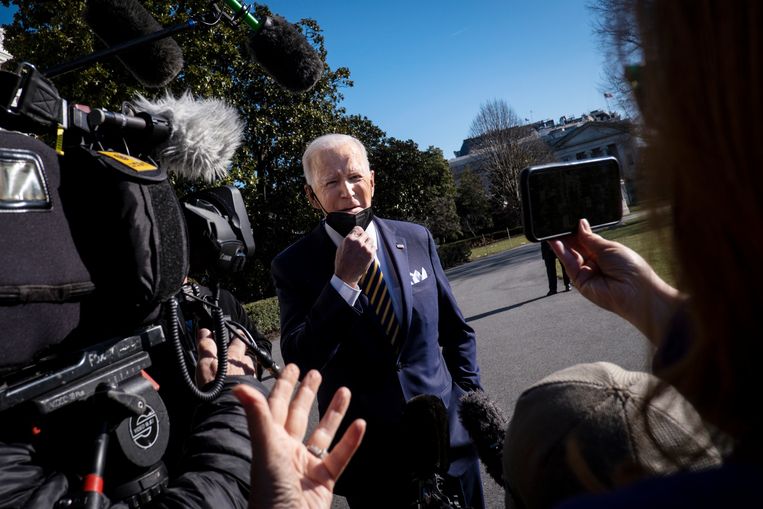 Joe Biden is fed up. The US president wants to protect Americans’ right to vote with two new laws, but he can’t get them through. Because the Republicans are wrong. “We want the people to rule,” Biden said during a speech Tuesday in Atlanta. “They want chaos to reign.”

Biden is frustrated with a lot of things. He is angry with Republicans for blocking his Senate election laws using “obstruction.” It’s a nifty trick where senators block the vote on a bill by speaking for hours – sometimes even days. Ending systematic obstruction requires the support of 60 senators out of 100. A law can already be passed by a majority of 51 votes.

In recent months, the president has had “silent” talks with members of Congress, he said on Tuesday. He wanted to convince them of the importance of electoral laws, but it was not enough to talk. Now the president’s patience is exhausted. “I’m not going to shut up anymore,” Biden said, slapping his hand on the lectern. In a way, the American president must also be angry with himself. His fervent appeal comes quite late: Many Americans are also tired of Biden being silent about it for so long.

Biden took office as president a year ago. Much has changed since then in the area of ​​electoral rights. Republicans in 19 states have passed dozens of laws that make it harder for voters to vote. Postal and early voting will be restricted, polling stations in some districts will be closed, opening hours will be shortened.

The reason Republicans give for this is: to fight electoral fraud. Many Republicans believe the last presidential election was unfair and say they want to avoid a repeat. This kind of sentiment is fueled by Donald Trump.

The US president is frustrated with the destruction the Republicans have done to election laws. On purpose, experts say, in places where black Democratic voters live: They will be particularly affected by the changes.

It is no coincidence, then, that Biden delivered his speech in Atlanta, the state capital of southern Georgia, at the heart of the black civil rights movement. “I will stand up for your franchise and our democracy,” Biden said. ‘Against foreign and national enemies’.

In his Atlanta speech, Biden also spoke strongly against the filibuster tool. It was the first time; During his election campaign, Biden wanted nothing to do with it. Calls from the Democratic Party to protect this threatening democracy by removing obstruction have increased over the past year. Biden hesitated, he didn’t want to make a biased decision.

Plus, filibuster works both ways, of course. What if Republicans soon had a majority in the Senate? So Democrats can’t use that trick either. But many critics believe that if Republicans win the midterm elections, they themselves will try to break down filibustering.

Last summer, Biden said he was ready to tighten the rules of filibuster. On Tuesday in Atlanta, he gave in completely. Everything to protect its new electoral laws. These are the so-called Freedom to Vote Act, which expands voting options, and the Advancement of Voting Rights Act of John Lewis, named after a politician who died last year. , with the aim of combating discrimination in voting.

Historic words in a historic place

They were historic words, in a historic place, namely the birthplace of civil rights icon Martin Luther King. The only question is whether they are late. Two Democratic senators, Joe Manchin and Kyrsten Sinema, have already expressed their opposition to the abolition of filibuster. Even within Biden’s own party, not everyone is on the same page.

Civil rights activists are frustrated that Biden did not act sooner; some stayed away from the president’s visit. It remains to be seen whether this speech gives anything concrete, or if it is only rhetoric. Reverend Al Sharpton met Biden after his speech and said: “I told the President he gave a monumental speech and although I challenged him for months, it was better late than never.”