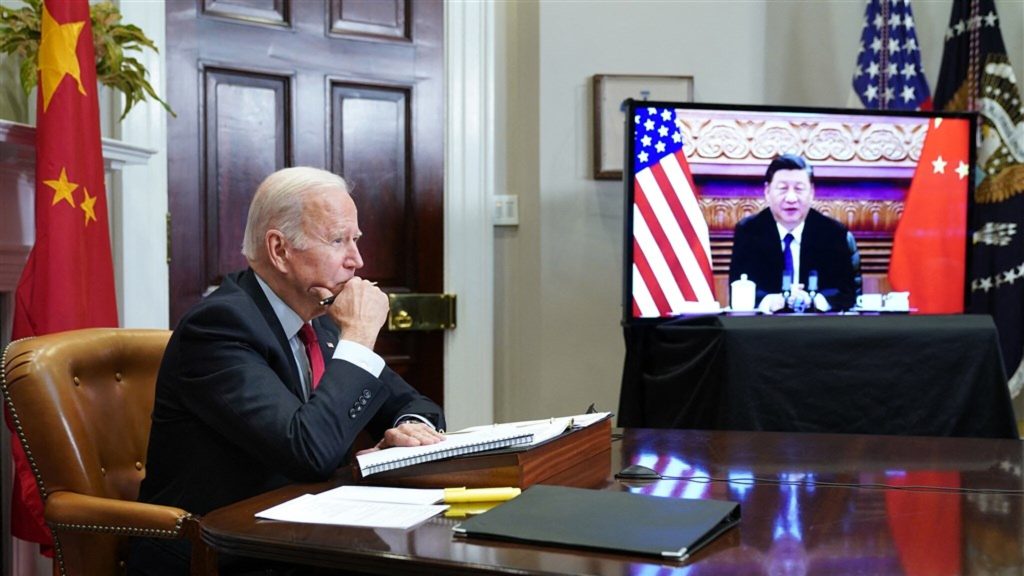 The leaders of the two most powerful countries in the world also regularly work from home. With a big smile, US President Biden greeted his Chinese counterpart at the start of the video connection last night.

“I am very happy to see my old friend again,” President Xi Jinping said. The two have known each other since they were both vice presidents. Now they are in control and after a long period of mounting tension they seem to want to push the cold out of the air.

“It is our responsibility as leaders to ensure that competition between our countries, intentionally or unintentionally, does not turn into conflict,” Biden said at the start of the meeting. These usually take place behind closed doors. But the first minutes of this conversation were filmed.

The images show that the Chinese president is also taking a constructive stance. For example, Xi Jinping pleads for more mutual communication and cooperation with the United States. But when the cameras leave, the tone changes and it turns into disagreements.

This can be read in the divergent summaries that China and the United States have made of the conversation. President Biden has expressed concern about Communist Party practices in Xinjiang, Tibet and Hong Kong, as well as human rights generally. the White House knows†

These concerns do not appear in the summary that the Chinese State News Agency made. “If you skim through the two summaries, you’ll find some really remarkable differences between what countries say were discussed,” said Chinese correspondent Roland Smid.

This is particularly noticeable when it comes to Taiwan. China sees the island on China’s southern coast as a rebel region and is threatening to take control. America strongly opposes it and supports Taiwan and its freedoms such as democracy and independent trade with foreign countries. Moreover, Taiwan is a crucial ally for the United States in the region.

Taiwan is the hot topic of the talks. This is also apparent from the various summaries of the conversation. According to China’s state news agency, Biden said America supports the one-China policy and is against Taiwan independence.

“But you don’t read that last part about independence in the American summary at all,” says Roland Smid. “It may seem like a small detail, but Taiwan is crucial in US policy on China. Biden called on Xi to respect peace and stability in Taiwan. But that is not mentioned at all in the Chinese summary of the consultations. “

Even after a conversation of more than 3 hours, there is still a big disagreement on the course of Taiwan. The consultations did not result in major agreements or new issues. Nevertheless, according to Roland Smid, the video consultation is particular and relevant.

“Simply because Xi and Biden have been consulting for so long and substantially. Tensions between the United States and China have only recently increased. Something that, for example, in the South China Sea, can lead to mutual conflict in the event of a misstep.With this conversation, the chill seems to be out of the air for a while.

President Biden has said fierce competition should be possible without leading to military conflict. The Chinese president went further. Xi Jinping has suggested that the climate is an issue where China and the United States can even work well together.

According to Roland Smid, the big winners of the meeting are the Chinese and American companies that trade with each other. “They see that there is a friendly atmosphere between Biden and Xi and that they have room for dialogue. This does not offer all the guarantees, but the relative calm that seems to prevail now is good for trade. “