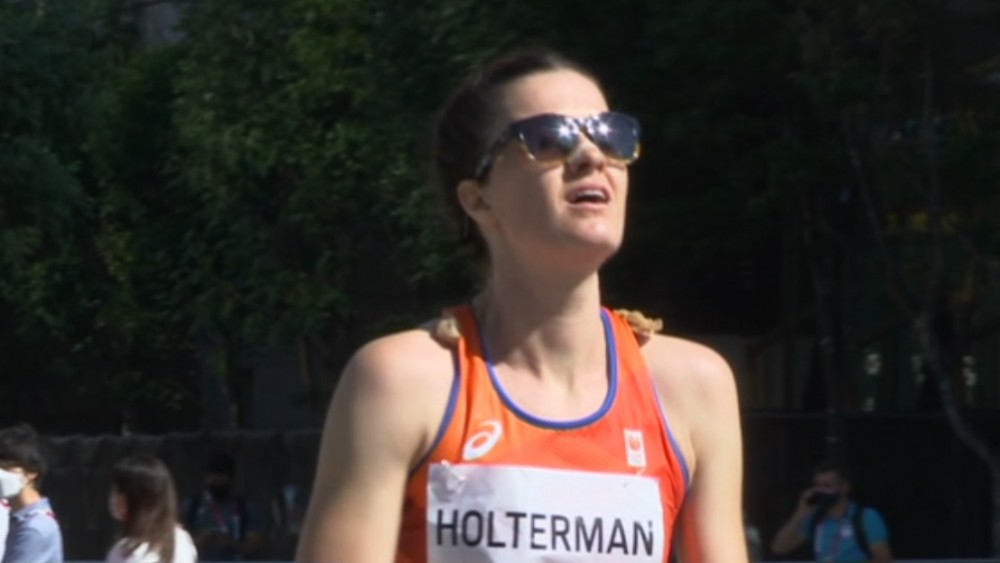 After nearly three hours of hard work in the heat of Sapporo, Jill Holterman managed to finish the Olympic marathon last night. The athlete from Egmond aan den Hoef arrived after two hours, 45 minutes and 27 seconds.

With this, Holterman finished in 63rd place. In advance, she had hoped for a time of less than two hours and forty minutes, but due to the extremely difficult conditions, this proved impractical.

“That was indeed the plan. But the level is unprecedented. It was the maximum achievable for me today and I’m just very proud of the way I did it,” Holterman replies to Twitter.

The marathon was run in Sapporo because it is normally cooler there than in Tokyo. However, the start was put forward an hour due to the extreme heat. Initially, the mercury had already risen to 26 degrees.

Holterman therefore started off cautiously and was still at the back of the pack at the crossings. However, the 29-year-old from Holland had correctly classified her marathon, only the third in her life, and passed a number of athletes in the finals.

The gold went to Peres Jepchirchir from Kenya. She arrived in a time of 2:27:20.
Her compatriot Brigid Kosgei won silver, Molly Seidel of the United States took bronze.