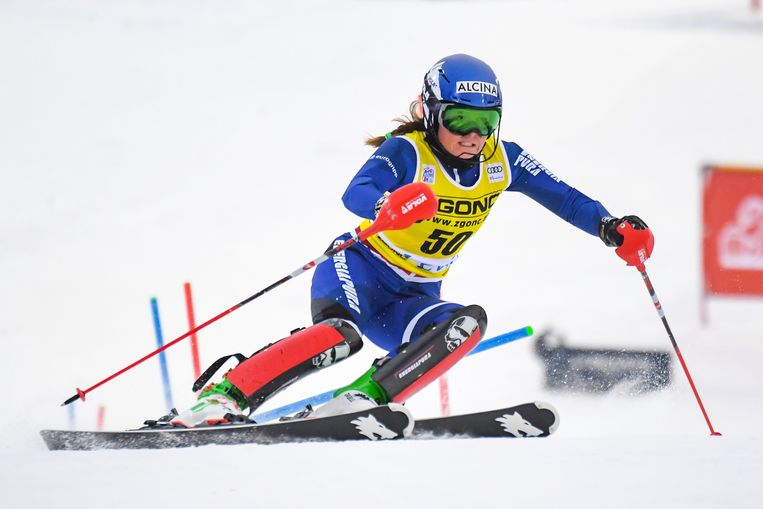 The parallel giant slalom is a relatively new event that was only introduced two years ago at the World Cup and saw its premiere at the World Cup last year. It has been a fixed ingredient in the competition calendar in snowboard sports for years: Nicolien Sauerbreij became Olympic champion in the snowboard variant in 2010.

Jelinkova’s first run in Zürs, in the far west of Austria, went off without incident. On new skis, she got stuck in the second slowest time (25.53) on her section of track. “I didn’t come around the corner,” she said on the phone Sunday afternoon. “I had a sticky feeling on the snow.”

Only three of them

Forty-five minutes later, on the other track and with different skis, she did a little better (25.15). “But it still didn’t make sense.” With a total time of 50.68 seconds, she kept just three women behind, two of whom didn’t even complete the second run.

In the main tournament, which operates by knockout, Slovenian Andreja Slokar won her first World Cup victory. She beat Norway’s Thea Louise Stjernesund in the final, who was two and a half seconds faster than Jelinkova in the morning.

Jelinkova’s low final ranking came as no surprise. In January, she tore her cruciate ligaments in her left knee during the Slovenian World Cup in Kranjska Gora and did not play for ten months. “This is the longest time without competitions I have ever had.”

She had resolved not to have too many expectations, but it turned out to be difficult. “You still hope to return to the level you left off.”

Last year she finished tenth in the parallel giant slalom at Zürs. It is still the only top 10 in the World Cup of his career. A few months later, on the eve of her nasty fall, she became the first Dutch skier in giant slalom for 70 years to secure a place at the Beijing Games, thanks to her 11th place.

She already knew she didn’t have that level now. “It won’t happen overnight,” she said. The disappointment was greatly reduced the next day. “It was really nice to do a ski race again.

Most importantly, his body was functioning properly. She wasn’t embarrassed about anything. “It was essentially a test to get back into the atmosphere of the race. And in that regard, it was: check, check, check.

The biggest problem was the lack of pace of the match. In the near future, she wants to pick it up in the United States, she says, checking in for her flight this way. She will train there a lot and seek competition at a slightly lower level. “You practice it better in competitions. ”

Will she still be there? His coach, Slovenian Pavel Cebulj, tempers expectations. “It might take a while to get her back on track.”