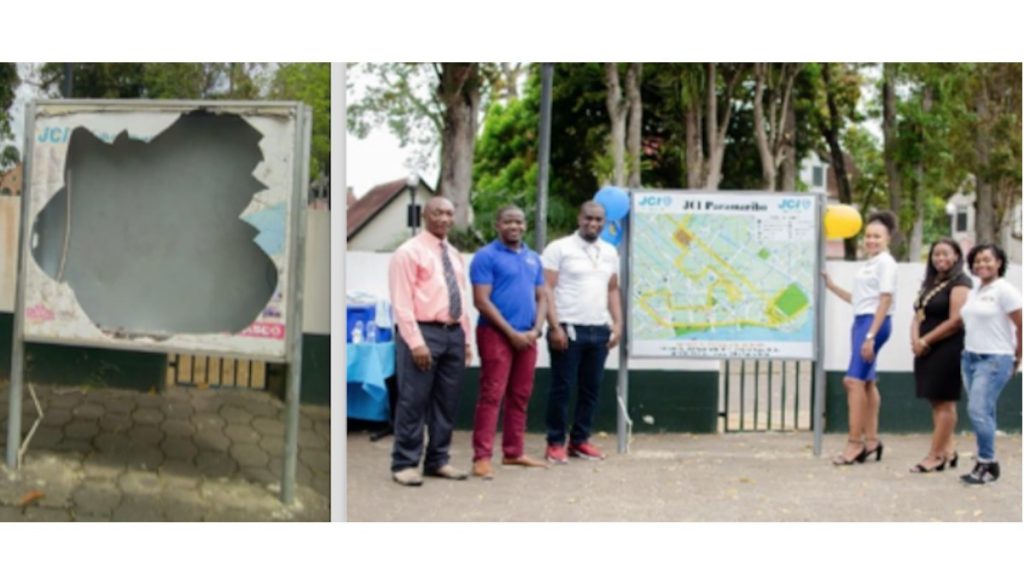 On Saturday, October 23, 2021, JCI Paramaribo unveiled a new city map in a small context, in connection with its 60th anniversary. The city plan is outside the DNA building (opposite Flag Square) and was first completed in 2004 as a project led by then local president Harold Amalinsi.

On February 28, JCI Paramaribo commemorated its 60th anniversary. To celebrate this happy event in a powerful way, the current JCI Paramaribo Board of Directors led by Local President Raisa White decided to carry out a community project by restoring and renewing the city plan that had been destroyed for some time. .

The restoration and renewal of the city plan have the following objectives:

JCI Paramaribo expresses the hope that this gesture has made a contribution to society as a whole and calls on people to appreciate and especially to guarantee this Surinamese good. The organization looks forward to making more impactful community projects in Suriname.