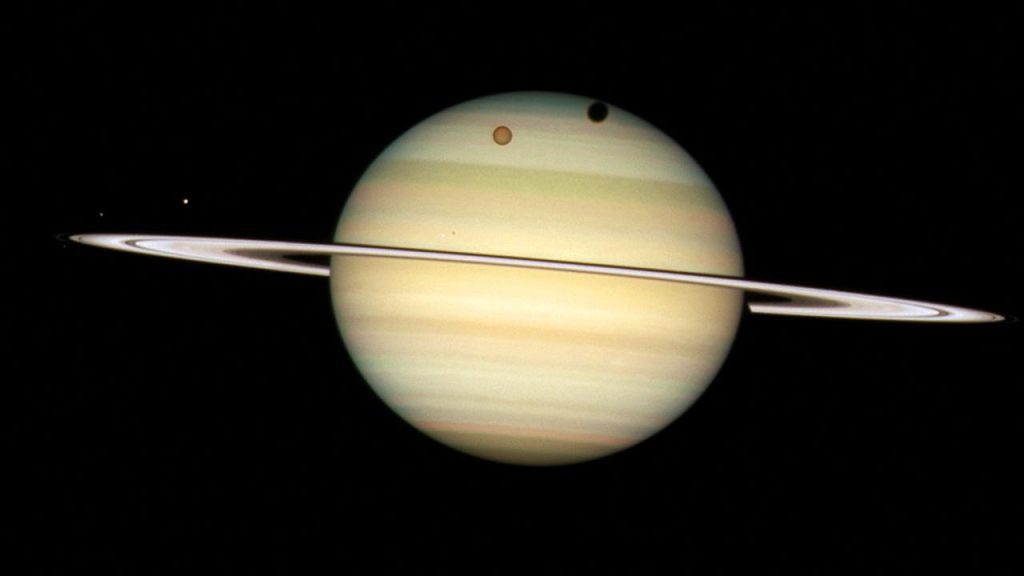 New images from the James Webb Telescope have excited astronomers around the world. The astronomer has captured clouds in the atmosphere of Saturn’s largest moon Titan for the first time.

The James Webb Telescope targeted Titan on November 5. With its infrared telescope, the telescope detected two large clouds in the atmosphere. Computer models had previously predicted that clouds might exist in Saturn’s moon atmosphere, but they had never been observed.

The largest cloud was over Titan’s north polar region, near Kraken Mare. It is the largest known sea of ​​liquid methane on the lunar surface.

To prove that Webb had indeed seen clouds, telescopes at the Keck Observatory in Hawaii were pointed at Titan two days later. The images of these astronomers confirm the discovery of the James Webb telescope. Observations from the Keck telescope even show that the clouds changed shape in the days that followed.

“The discovery of the clouds is exciting because it confirms computer model predictions of Titan’s climate,” Conor Nixon writes in a Blog on the site of the American space agency NASA. “The images show that clouds can form in late summer when the surface is warmed by the sun.”

Titan is our solar system’s frightening moon with a dense atmosphere. The pressure in the Moon’s atmosphere is four times higher than on Earth.

Titan’s surface contains water ice, but rivers and seas filled with liquid ethane and methane can also be found. Researchers even suspect that there are oceans of liquid water on the lunar surface. The moon’s atmosphere is thick and hazy and made up of methane clouds. This gives the atmosphere an orange glow.

The James Webb Telescope is the most powerful space telescope ever and has been scanning the universe since July. In recent months, this has already resulted in many unique images taken from space.