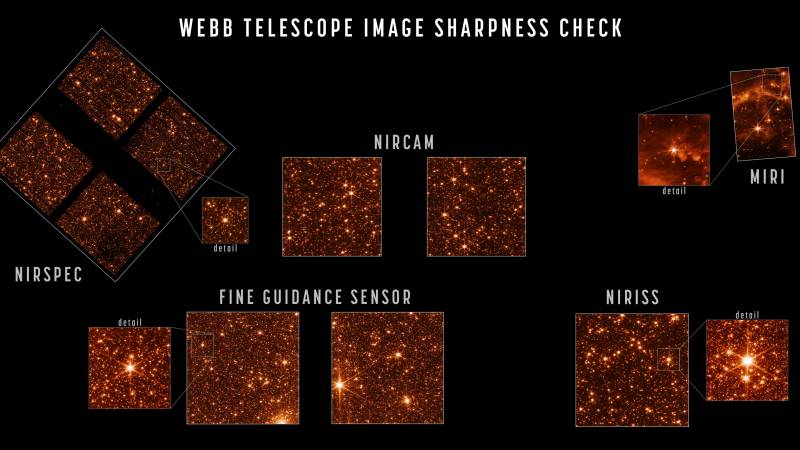 The James Webb Space Telescope sent its first sharp images since arriving at its destination 1.5 million kilometers from Earth in late January. This means that the mirrors on board the telescope have aligned and a new phase has entered.

The telescope was pointed at the Large Magellanic Cloud, one of the nearest galaxies, for the test. Thousands of stars can be individually distinguished in the photos. The telescope had previously sent images, but they weren’t completely clear yet.

Tests have shown that the four instruments that analyze the light collected in the telescope are now able to produce sharp images. One of these instruments is the partly Dutch MIRI. “It was great to see the instrument working,” says Ewine van Dishoeck, professor of astronomy at Leiden University, in the NOS Radio 1 News†

Van Dishoeck helped develop the instrument and says cooling it down was “exciting”. “Our instrument must also have been colder than the other three instruments on board. Because if MIRI hadn’t been cold, we would have seen nothing but noise in the photos.”

In the photos, the stars can therefore be clearly distinguished individually for the first time. Van Dishoeck: “But our MIRI instrument also sees more. It also sees cloud dust that lies between the stars. You can see that very well in the very first photo. started beating a little faster.”

James Webb is the largest and most powerful space telescope of all time. The telescope is able to collect light from stars and galaxies, allowing a retrospective of 13 billion years in time. Before the first scientific results are expected this summer, many tests still need to be carried out.