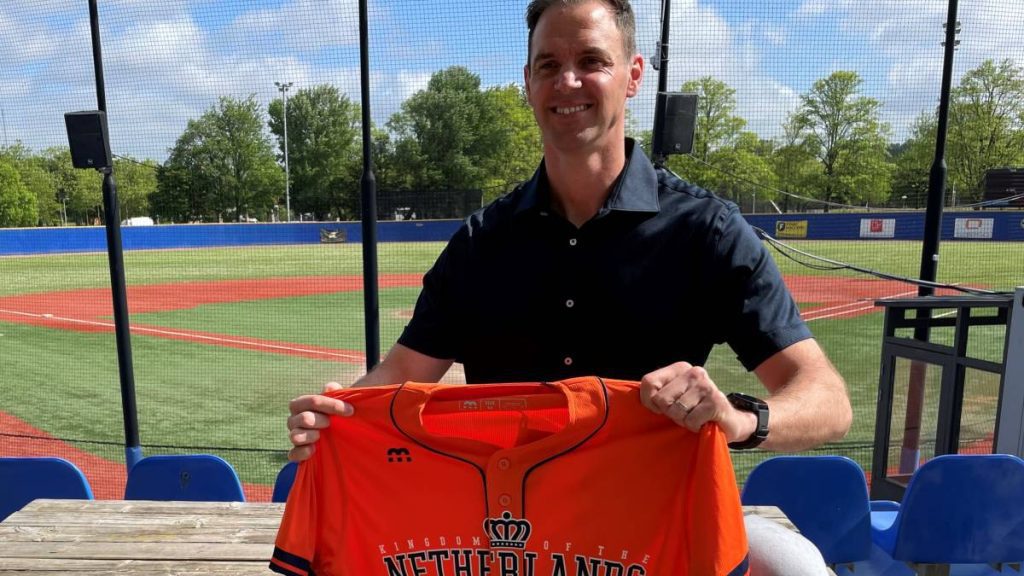 “I would like to give something back to the country where I grew up as a baseball player.” With these words, Rick van den Hurk announced that he would work as the technical director of the Dutch baseball association KNBSB.

Van den Hurk, 36, returns to his country for the first time in twenty years, after a playing career that has taken him to top competitions in the United States and Asia. “I am now taking this experience and my network with me to the Netherlands.”

The ambition of the new technical director is not lacking. He wants to bring the Kingdom team, which missed out on qualifying for the Olympics last year, back to the top of the world. “The goal is to connect with the top five in the world.”

“I want to achieve this by allowing our players to play more matches at a high level,” continues Van den Hurk. “If you look at the top countries in Asia and America, you can see that we are lagging behind in terms of experience.”

“Our training is good, it’s also recognized around the world, but in these other countries they play at a high level all year round. We still miss that.”

As a player, Van den Hurk had an impressive career. “The Holland Hammer” played fifty games in the MLB, the American premier league. Then the pitcher caused a stir in South Korea and Japan, where he won the championship.

Mark Herbold, the chairman of the KNBSB, is therefore delighted with the acquisition of such a great name. “Yes, I am very happy with this special man. After Robert Eenhoorn in the past, we now have an in-house topper who will lead baseball in the Kingdom.”

“In addition to his network, Rick especially brings with him a high-level sports mentality. He sees that we can still accelerate in this area.”

But Van den Hurk has barely left the field. He has no managerial experience yet. In a sense, Herbold is taking a risk with this nomination. “That’s true, but that risk is still there.”

“He comes straight from the field to the office. That’s why we have appointed a team to accompany him. That will make him a success.”

And how do you measure that long-term success? Van den Hurk: “The mission is successful if we get closer and closer to the world summit. Preferably as soon as possible.”