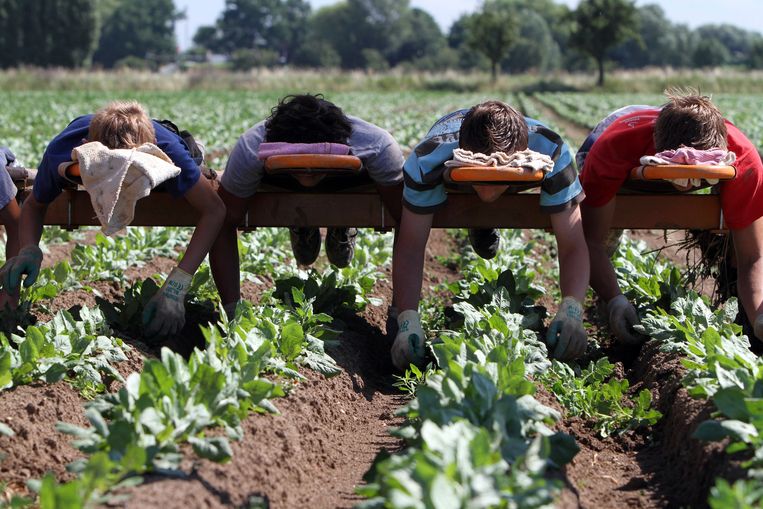 “Science can only connect people if it includes and reflects the human being as a whole. It divides when it reduces humanity in advance to matter, to material processes, to an aspect of reality,” I heard at the International Conference in Antwerp in April.

The government is reducing, reducing the working farmer and his farm to a nitrogen (ammonia) problem. For example, the solution to poor water quality (fertilizers, pesticides), excess manure, declining biodiversity and industrial agriculture lies in nitrogen reduction. Nowhere does the government formulate what it means by “healthy agriculture” which serves the health of people, animals and nature. It therefore offers the farmer no prospect of action.

The Green Farmers’ Plan with the ten recommendations, presented to Minister Van der Wal, can help in this regard. Due to soil-based agriculture, short chains to the consumer, no imported cattle feed, no nitrogen fertilizers, no pesticides (see neurologist Bas Bloem’s book, The Parkinson’s Pandemic) and an additional tax for food that is not produced sustainably, a healthy nitrogen balance is created. The farmer’s green handkerchief represents organic farming without fertilizers, without pesticides.

I read with interest the report “In the Bavarian farming village of Großbardorf they no longer need natural gas” (First, 30/7) Because Bavaria still claims to be the best and most progressive Bundesland, I must say the scoop of Großbardorf (and the minister-president of Bavaria) in another municipality.

In Lower Saxony, there is a village of the same size as Großbardorf: the municipality of Jühnde near Göttingen, which already carried out a similar project in 2005. It is seventeen years apart.
Dieter KlingeRaesfeld (Germany)

I read that Mark Rutte is the record prime minister of the Netherlands. (Saturday 7/30) Congratulations, Mark, you’re welcome. At the same time, I have been hearing for years the anger against the ruling elite of the left, the power of the left that is ruining the country. uh?
Frank Laneamsterdam

It is of course very inspiring, the comparison with Michelangelo that Mark Rutte uses as a metaphor to indicate his vision as a statesman. I think there is a big difference.

Michelangelo knew what he was cutting. He had in mind the image that emerged: David. What image did Rutte see when he started chopping twelve years ago, is this really the Netherlands of today?
Nik VinkThe Helder

In author Mariken Heitman’s inspiring list of recommended classics (B&W, 30/7) there is also Audre Lorde, to my delight, Zami, a new spelling of my name. Heitman assumes it was not translated.

But in 1985 the translation appeared, Zami, a new spelling of my name to feminist publisher Sara. With, the same year, the translation of foreign sisterde Lorde, now retranslated published by Uitgeverij Pluim, without mentioning that the book was previously published in Dutch.

The Sara Publishing House has published more books by black authors, and it’s a shame if this is forgotten.
Anja Meulenbeltamsterdam

The masculine norm is deeply rooted in our society. Aware of CSA corpses, unfortunately also unconsciously with my Volkskrant (27/7). Because it is written: “During the so-called dinner of men and women, the women sit separately from the men.”

We have never read that men are seated separately from women. Wasn’t there just a simultaneous women’s and men’s meeting? Then say it.
Frits HomanHillegom

Thanks and tribute to Yvonne Hofs for her analysis of escalating farmer protests (First, 7/30). A state in which a police commissioner justifies lack of enforcement by sympathizing with offenders begins to look like a police state.
Jacqueline Poelenamsterdam

“Have the Netherlands become a free peasant state? Good question, but why stir up more trouble with a totally suggestive answer in the follow-up text: “Events are pointing in this direction.” Can this commotion of this commotion by this kind of biased headlines stop?
Martin MeesHarlem

Would you like to reply to a letter or an article? Send a letter (maximum 200 words) to [email protected]