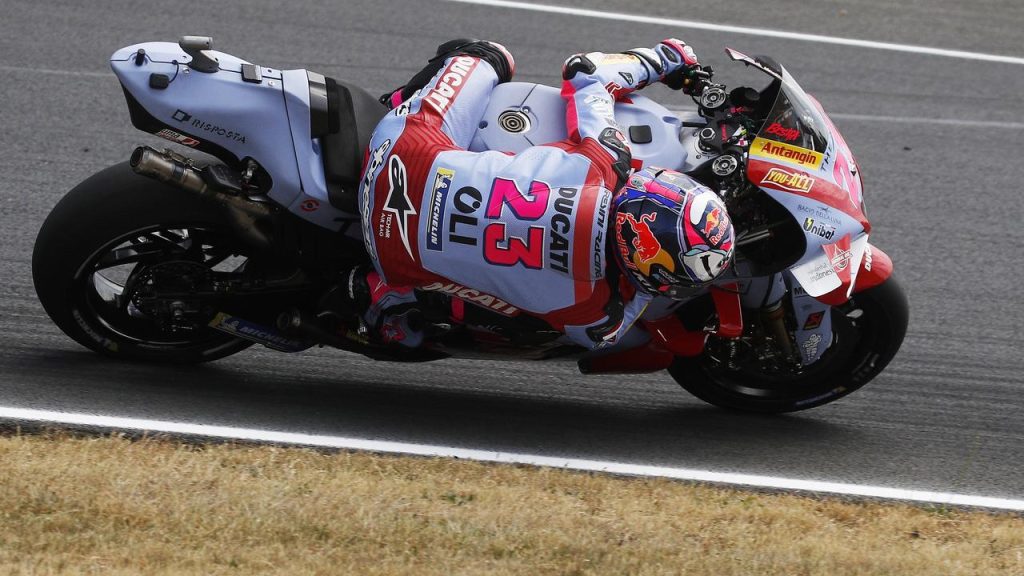 Enea Bastianini won the MotoGP de France on Sunday at the Le Mans circuit. For the Ducati motorcycle rider, this is his third victory of the season. He was previously the fastest in Qatar and the United States.

The Yamaha rider thus retains the lead in the championship, with 102 points. He saw Espargaro (98) and Bastianini (94) come close on points.

Franscesco Bagnaia (Ducati) was in the lead for most of the race, but the Italian didn’t make it to the end. He started from pole position, saw his teammate Miller pass in the first corner, but regained the lead after a few laps.

With seven laps to go, Bastianini placed a successful attack in the lead. Bagnaia tried to counter, but he went a bit too far in his enthusiasm and fell behind. Moments later there was even a crash and his race was over.

Two points for Bendsneyder in Moto2

In Moto2, Bo Bendsneyder was allowed to add two points to his total. The Rotterdam native finished fourteenth at Le Mans. He had started from eighth place, but fell back on the first lap.

Zonta van den Goorbergh came to the finish in seventeenth place and it was his best result so far in Moto2. The sixteen-year-old rookie started 25th in the race, in which many drivers flew off the track.

It happened, among others, to the Spaniard Pedro Acosta, who fell in the lead halfway through the race and retired. His compatriot Augusto Fernandez took over the first position and did not let go. He recorded his fourth victory in Moto2.

The Italian Celestino Vietti retained the championship lead. He finished eighth after a race to catch eighteenth on the grid.