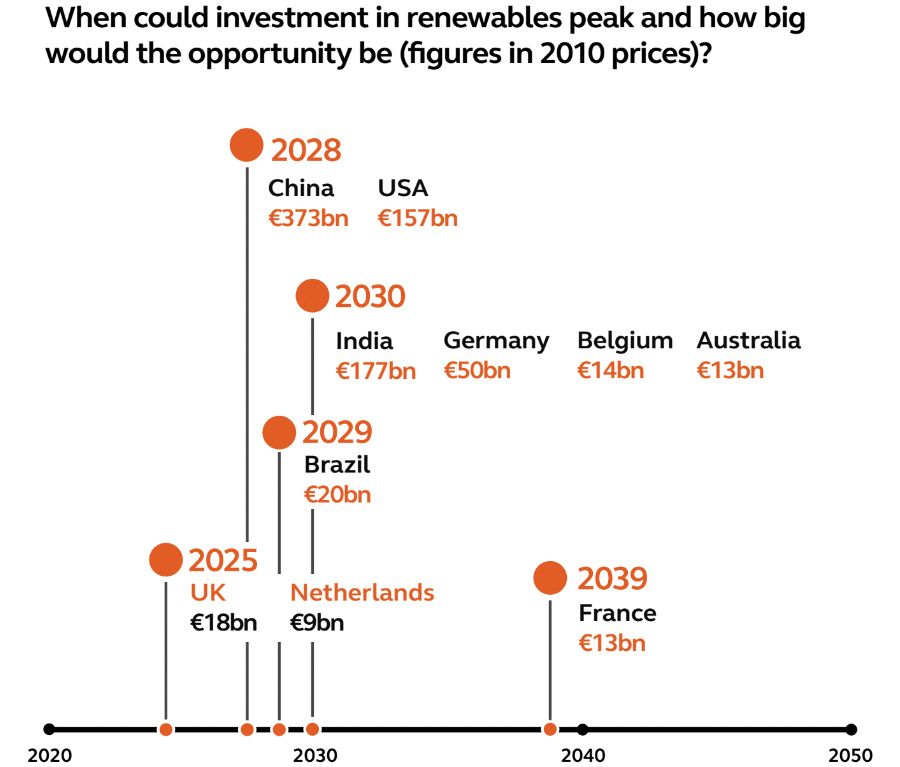 Keeping the global average temperature below 1.5 ° C by 2050 will require an investment of at least $ 6 trillion. This was stated in a recent research report by consulting firm Arcadies.

In 2015, the Climate Conference was organized by the United Nations in Paris. It sets various goals for mitigating climate change. Reducing global warming by 1.5 degrees Celsius is one of the main concerns.

It requires a lot of money, arcadians researchers around the world say in a new report. Over the next few decades, at $ 6 trillion (or $ 6000 billion), it will account for 7% of global GDP by 2020.

For their research, Arcadia researchers analyzed data on the economies and energy systems of ten countries. In addition to the Netherlands, there are four major pollutants (China, the United States, India and Brazil), four European countries (Belgium, France, Germany and the United Kingdom) and Australia.

If these 10 countries want to control global warming, they need to halve their carbon dioxide emissions by at least half by 2030, the researchers said. So this is not an easy task.

At the same time, all ten countries need to invest more in the power grid and power plants that generate electricity. If this does not happen, the various economic sectors will not be able to sustain in a timely manner.

“It is necessary to create a large, zero-carbon power generation sector so that the rest of the economy can become decarbonized,” said Alexis Ulanshaus, head of sustainability at Arcadies.

In their report, the researchers of the consultation cite the study of the IPCC – UN Climate Working Group. It states that it is very difficult to keep the earth warm above 1.5 C.