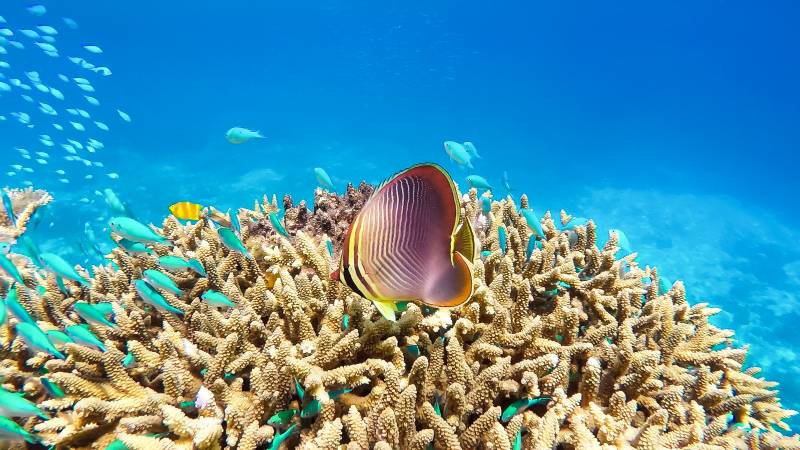 How serious is the Great Barrier Reef? Not good, if you ask the United Nations World Heritage Organization Unesco. The organization recommended that Australia’s coral reef be labeled ‘at risk’ grant. But the Australian government doesn’t like it at all. In recent weeks, the country has therefore strongly pressured the twenty other members of the Unesco committee, which is now examining the issue, to prevent a majority from voting in its favor.

Australia points the finger at China. The poor relations between the two countries would lead China, which now chairs the commission, to try to thwart Australia through UNESCO. But coral experts dismiss the suggestion: “Australia was warned much earlier,” says coral reef biologist Erik Meesters of Wageningen University. “They haven’t done enough to improve.”

The last time UNESCO assessed the Great Barrier Reef was in 2015. Since then, the coral reef has deteriorated significantly. Due to the high sea temperature, Australia experienced bleaching in 2016, 2017 and 2020. As a result, coral died en masse. “It can stay 25 percent, you can’t just get that back,” Meesters says.

Beating heart of the ocean

There are now 53 World Heritage sites on the “in danger” list. If UNESCO also installed the Great Barrier Reef there, it would be the first time that this would happen because of climate change. Burgers Zoo biologist Max Janse agrees: “This is an important signal that something really needs to be done.”

Australia’s counter-argument is that there are 82 other World Heritage sites threatened by climate change. The fact that the Great Barrier Reef is now being singled out is unfair, Environment Minister Susan Ley said when UNESCO made clear its intention last month.

Janse can imagine something about it: “Coral reefs all over the world are in bad shape and climate change is a global problem. But the Great Barrier Reef is the largest coral reef in the world: it contains 10% of the world’s coral. Coral reefs are the beating heart of the ocean, says Janse: “As it is, there won’t be much left in 2050. So something really needs to be done now.”