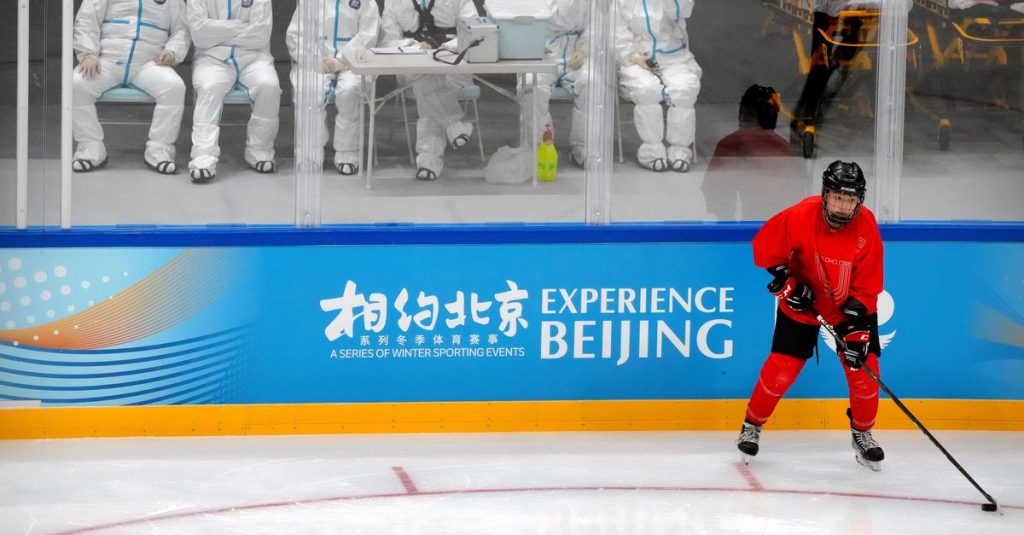 Did the United States hurt the feelings of the Chinese people with its diplomatic boycott of the Winter Olympics? Or does the boycott leave China cold? China is sending two opposing messages on this matter.

The White House confirmed Monday that the United States will certainly not send a diplomatic delegation to the Beijing Winter Olympics in February. Americans argue that they would find it inappropriate to ignore China’s human rights violations against Uyghurs in the Xinjiang region. the Chinese Embassy in Washington sees the boycott as an expression of American arrogance. It would be a “pretentious act” and “a political manipulation and a serious disruption of the spirit of the Olympic Charter”.


This answer differs from that of the Chinese Ministry of Foreign Affairs. The ministry reacted much more like China usually does: it warned Monday that “countermeasures” would be taken if the United States decided to boycott the Games. Those calling for a boycott had better stop “so as not to influence the dialogue and cooperation between China and the United States in important areas,” a spokesperson said at the time.

Previously, the English version of World time in an editorial on a completely different approach. The newspaper, published under the auspices of the Chinese Communist Party, argued that it would be best to pay as little attention as possible to calls for a boycott.

“The ideological conflicts between China and the West will intensify as the (..) Games approach as anti-Chinese forces unite to make things difficult for China,” the newspaper predicted last month. But this is precisely what makes the Games “an engine for the growth of China’s superpower mentality,” according to the newspaper.

China must learn to ignore Western criticism without budging. Because, the newspaper writes, the future relationship between China and the United States is based purely on force. And by force, China will eventually win on its own: the West can do less and less economically without China, and therefore will ultimately have to accept that China simply cannot be swayed.

Future China-U.S. Relationship is based purely on strength

There is therefore no need to react violently along this line. Why should China care about (western) sounds now that it has chosen its own path? “Is there still a need to give them the ability to create some sort of artificial harmony now that the West is so blatantly hostile to China?”


If the Global Times position also becomes the Chinese government’s position, then a boycott of the Olympics would indeed seem futile: China doesn’t care anyway and continues unabashedly on its own path.

But one can always wonder if this is really the case. The very vehemence of the reaction of the Chinese embassy in Washington and the newspaper seems to indicate that China feels very demeaned by the boycott and is deeply affected by it.

On the one hand, there is a looming sense of inferiority: the world would not take China seriously and despise the Chinese, who see their feelings hurt over and over again.

On the other hand, there is a strong sense of superiority, fueled in part by government propaganda. From this point of view, China is the strongest country in the world, finally regaining its rightful place on the world stage. Such a country does not need foreign countries at all.

In the end, China would prefer there to be no boycott. The country would like to be respected internationally as a country that America and the West also have in sweet power surpasses. But it certainly doesn’t work well with China’s action against the Uyghurs in Xinjiang and the people of Hong Kong. So a boycott is above all a new setback.

A version of this article also appeared in NRC Handelsblad on December 8, 2021

A version of this article also appeared in NRC on the morning of December 8, 2021