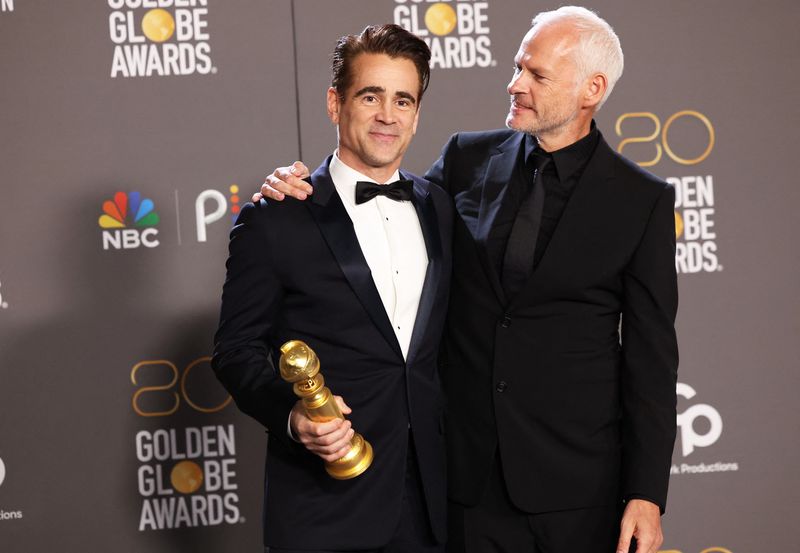 The spoils – which included nine nominations for ‘The Banshees of Inisherin’, the dark comedy filmed on a remote island off the west coast of Ireland – was the main topic of the evening news in Ireland, pushing politics to the second place.

“Comhghairdeas mór leis An Cailín Ciúin (The Quiet Girl) – the first ever Irish film to receive a nomination,” he added, using native language to congratulate Ireland’s first ever nominee in the prestigious international film category.

Colin Farrell, Brendan Gleeson, Kerry Condon and Barry Keoghan all earned their first-ever Oscar nominations for ‘The Banshees of Inisherin’, while Paul Mescal joined Farrell on the best actor shortlist for the independent film ‘Aftersun’.

Only the United States and Britain – with populations and film industries exceeding those of Ireland – had been nominated with five or more actors in a single year, according to Reuters calculations.

Ireland was also well represented in the craft categories, including best visual effects and editing, while former winner Martin McDonagh added to his growing Oscars resume with a nomination for best director and best original screenplay for “Banshees”.

The film is also among the bookmakers’ favorites for Best Picture.

There was particular pride in An Cailín Ciúin, a film that brought a language spoken daily by a small minority to the world stage, beating filmmakers like four-time Oscar winner Alejandro Inarritu in the final selection of international films. .

“There was maybe the idea that making an Irish language film was a dead end, creatively or commercially. I think that idea has been completely debunked now,” director Colm Bairéad told the Irish Times as the cast and crew were celebrated at a local. cinema in Dublin.

“There is no reason for Irish filmmakers to limit their ambitions, they should be making films for the world.”