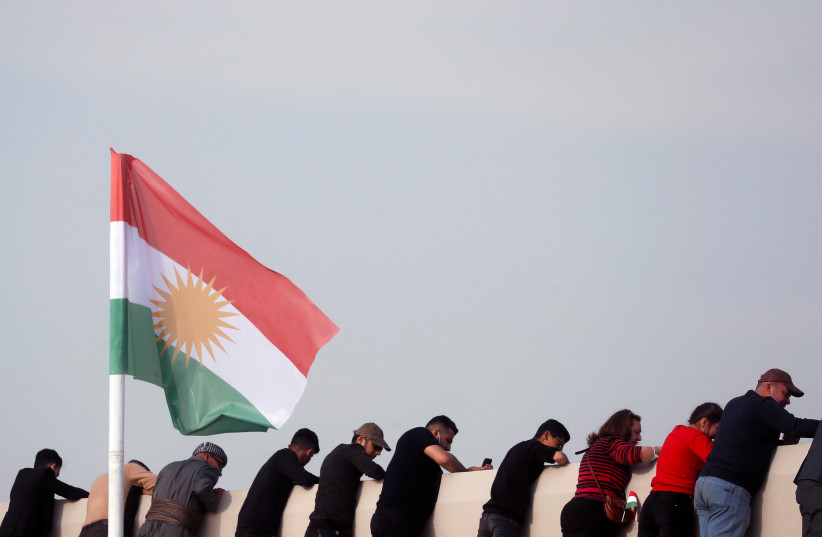 An Iraqi court has issued arrest warrants for three people Mentioned in general The country’s Supreme Court on Sunday announced that their country is making peace with Israel through the Abrahamic Covenant.

Wissam al-Hartan, the leader of the Iraqi Sons Movement, and Sahar Kareem al-Dai, an employee of the Ministry of Culture, were among the two arrested by the First Investigation Court in Cork.

They spoke with about 300 Iraqi Sunnis and Shiites at a conference in Erbil, the capital of Iraqi Kurdistan, to strengthen ties with Israel. An arrest warrant has been issued for former Iraqi parliamentarian Mital al-Aloosi, who is believed to be linked to the US-based Erbil Peace Communications Center.

The court warned that the arrests would be made as soon as the identities of all the participants became known to the authorities.

Israel is Informal strong relationships However, with the Kurdish region of Iraq, these relations have not been extended to other parts of the country.

Iraqi Prime Minister Mustafa al-Qadimi has officially rejected Erbil’s call for peace with Israel and expressed his public support for the Palestinians.

According to the Iraqi news website Shafak, Hartan has withdrawn its statements in support of normalization.

In a comment article published on Friday De Wall Street JournalHartan referred to the meeting in Erbil and called for peace with Israel.

“More than 300 of my Iraqi comrades from Baghdad, Mosul, Anbar, Babil, Salah al-Din and Diyala joined me on Friday in this northern city, where we made a general appeal to Iraq to establish relations with Israel and its people. Abraham’s agreements,” Hardan wrote. .

“We will seek private conversations with the Israelis. No foreign or domestic authority has the right to prevent us from advancing.

Harten also noted the displacement and elimination of the majority Jewish population in Iraq, a community with a history of 2,600 years, in the mid-20th century.

He wrote: “Through their forced immigration, Iraq has effectively severed one of its main arteries. However, we hope that most Iraqi Jews will be able to rebuild their lives and pass on their legacy to their children and grandchildren in Israel.

Prime Minister Naphtali Bennett tweeted his support for the conference and the normalization of relations between Israel and Iraq: “This is a call from below, not from above, not from the people, not from the government.”

“The Israeli government is quietly extending your hand,” Bennett added.

Yesterday, hundreds of Iraqi civilians, both Sunni and Shia, gathered to demand peace with Israel. This is a call from below, not from above, not from the people, not from the government, and it is important to recognize the historical injustice that the Jews experienced in Iraq.
The Government of Israel extends its hand for peace. pic.twitter.com/VtfimygLr5

While writing about the event in Erbil, Bennett wrote about the comments made at the conference about “recognizing the historical injustices experienced by the Jews in Iraq.”

David Friedman, the former U.S. ambassador to Israel, urged the Biden administration to “seize this opportunity.” “The United States can play a key role in bringing Iraq into the circle of peace,” he wrote on Twitter.

He urged the Biden administration to take advantage of this opportunity. The United States can play a key role in bringing Iraq into the circle of peace.https://t.co/Qt5d8DnHbt

Over the weekend, Foreign Minister Yer Labyrinth wrote: “From the day this government takes office, our goal is to expand the Abraham Agreement. The event in Iraq brings hope to places we never imagined before.

He added: “We and the Iraqi Jewish community share a common history and roots. If anyone contacts us, we will do everything we can to return.”