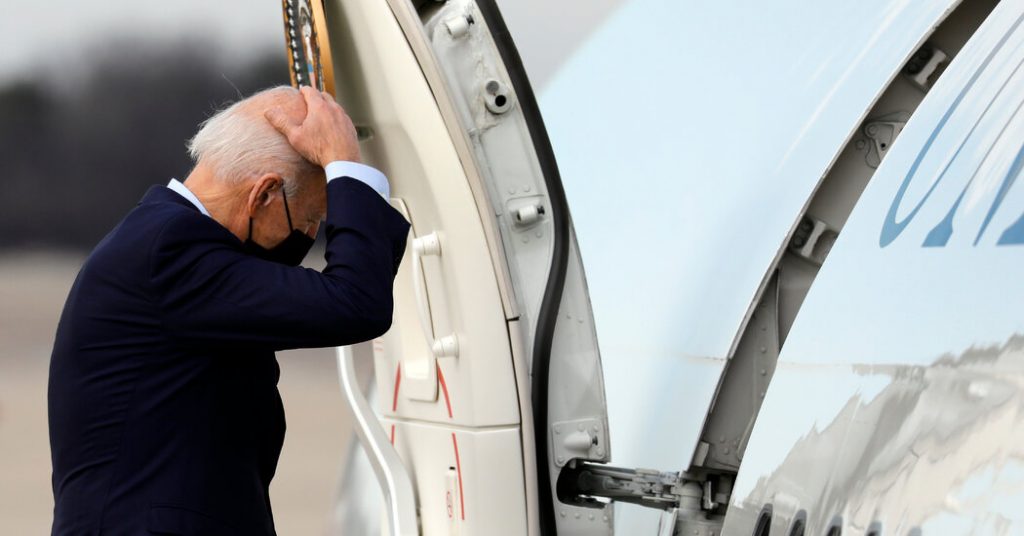 The State Department has also eased travel restrictions on Iranian diplomats coming to the United Nations and accepting invitations from Europe to direct talks.

But then came Mr Biden’s decision to order military strikes on Thursday against several buildings used by the Iranian-backed Kataib Hezbollah militia and other groups in eastern Syria near the Iraqi border. The attacks followed a February 15 missile strike in northern Iraq that killed a civilian contractor and injured a US serviceman and members of the coalition forces.

Mr Biden said the strikes were intended to send a message to Iran that “you cannot go with impunity – be careful”.

Coinciding with escalating military tensions with Iran weighing down to meet the Americans is an idea as unpopular among conservative Iranian factions as it is with many Republican leaders in the United States.

A White House spokesman said on Sunday that the United States was “disappointed” by Iran’s refusal to speak, but that “we remain ready to resume meaningful diplomacy,” Reuters reported.

“This is far from the end of the negotiations,” he said in an email.

In his comments on Sunday, Khatibzadeh said Iran would respond to both pressure and concessions from Washington.