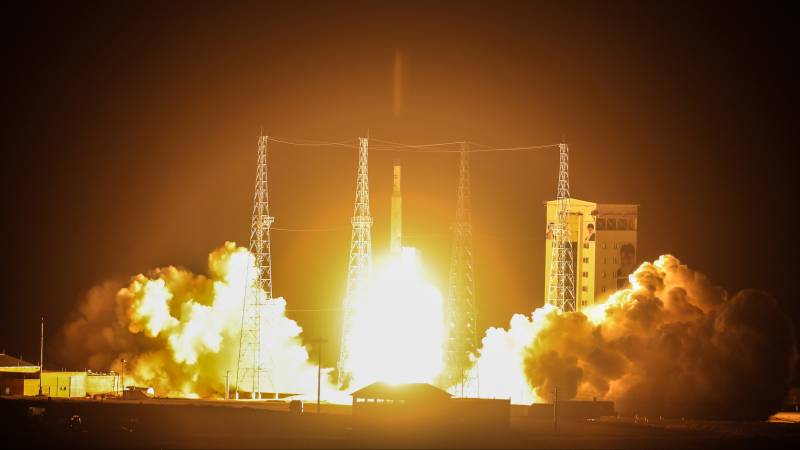 Iran launched a satellite into space via a rocket, according to state media. It would be a rocket with three satellites for research purposes.

Iran’s space program has been operating for years, but is experiencing setbacks. Several missile tests have failed in recent years. In some cases, explosions have occurred.

The Iranian Revolutionary Guards, the powerful elite body within the armed forces, also have their own agenda underway. Last year, the Guard successfully launched a satellite into orbit.

According to Iranian news agency Tasnim, the latest launch is also a success. The Simorgh satellite reached an altitude of 470 kilometers and a top speed of 7,350 meters per second, a defense spokesperson for the space program said. These messages have not yet been officially confirmed.

The timing of the launch is striking. In Vienna, stalled negotiations on a new nuclear deal resumed for the seventh time this week. China, Russia, France and the UK, among others, have been discussing with Tehran for months limiting Iran’s nuclear program in return for sanctions relief.

Analysts see the news of the launch as a clear signal to the negotiating table. Iranian hardliners have so far been reluctant to make concessions on uranium enrichment. Previous satellite launches have been viewed by the United States and Israel as a provocation. They fear Iran has military ambitions in space.