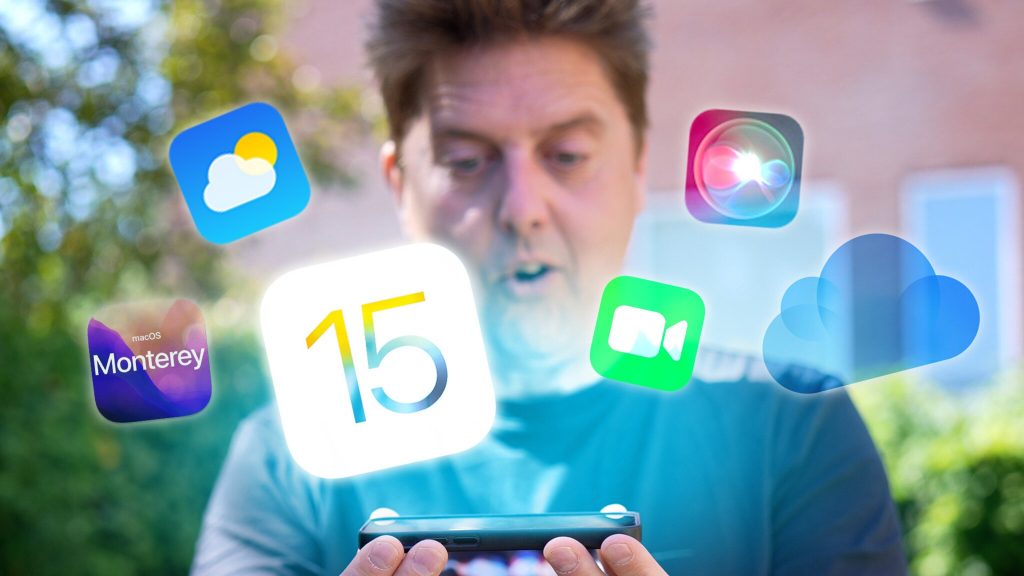 Apple announced iOS 15, iPadOS 15, watchOS 8, and macOS 12 Monterey in June. Since then, all kinds of test versions have appeared. As of 7 p.m. this evening, official updates for the iPhone, iPad and Apple Watch have been available for normal users.

The update to iOS 15 is available for all iPhones with iOS 14, from iPhone 6S to iPhone 13. The iPadOS 15 update is coming to iPad mini 4 and later, iPad Air 2 and later, iPad (5th generation) and later, and all iPad Pros. WatchOS 8 is coming for Apple Watch Series 3 and newer. The release date of the macOS Monterey update is still unknown.

In our opinion, these are the most important innovations.

FaceTime video calling service has all kinds of new features. For example, Windows and Android users via the net also participate in video calls. An Android app wouldn’t have been a luxury, but Apple only does it for payment services like Apple Music. Users who want FaceTime without an Apple device depend on someone else’s shared FaceTime link.

FaceTime will also receive support for spatial sound, which gives more space to a group conversation; someone to the left of your image also rings from the left. Voice isolation should improve the sound of voices in environments with a lot of background noise.

FaceTime feature announced SharePlay has been postponed for the moment. With SharePlay, you can watch movies and series together, listen to music and add songs to the playlist, or share your screen. The functionality will follow in a future iOS 15 update.

You might be familiar with the situation when looking for that photo someone has shared with you. What cat is he still in? Searching by photos is not possible, only by text. The Messages app (iMessage) should make your life easier soon. Apple will make the content people share with you through Messages immediately accessible in relevant apps. So in Photos there is a Shared with you section. But also in Safari, Apple Music, Apple podcasts and in the Apple TV app. QuickPath will finally support Dutch in messages, so you can drag letters together to spell words.

The Apple Safari browser gets a makeover. The tab bar moves up to leave more space for web pages. And you can create groups for the tabs. Trackers can prevent you from using your IP address for profiling. And fixed functions like sharing or translating are now under one button.

Did you take a photo of an advertisement in the supermarket? Then you can select and copy the text in the photo, and if it contains a phone number, you can call it immediately. It works with photos, screenshots, in Safari, and live previews in the Camera app.

The functionality of the Find My application is being extended. This way, you can locate your iPhone even if a thief has turned your device off. Soon you may also receive a warning if your AirPods or AirTags being too far away from you. You can also AirPods Pro and search AirPods Max with you Apple watch. Find My support for AirPods is reportedly in iOS 15, but has been postponed by Apple until “later this fall”.

AirPods Pro from AirPods Max will soon receive support for listening via tvOS and macOS spatial sound, also called spatial sound. Spatial audio tracks the movement of your head relative to the audio source, iPhone or iPad that you are watching or listening to. A small but big effect, which will soon be possible with Apple TVs and Macs as an audio source.

If you have a paid iCloud subscription, it will automatically change to iCloud + with additional privacy features. One of them is Hide my email. Apple already offered the option of using a randomly created email address, which forwards messages to your own email address. Soon you will be able to create such a new random email address at any time. In the settings you will find all the addresses linked to your own email. Another feature is Private relay, which completely encrypts all your outgoing internet traffic, although this feature is initially disabled and can only be used in beta. This is useful, for example, if you need to use a public Wi-Fi hotspot. The upgrade costs nothing more.

Last year, Apple acquired the US weather app Dark Sky, which was popular for its clever design and high-resolution weather animations. These can now be found in Apple’s own Weather app which was extended in iOS 15 with additional graphics and information. It is not yet known when these will be available in the Netherlands. For example, accurate per-minute rainfall forecasts are still lacking in the Netherlands, which is already available in the United States, among others.