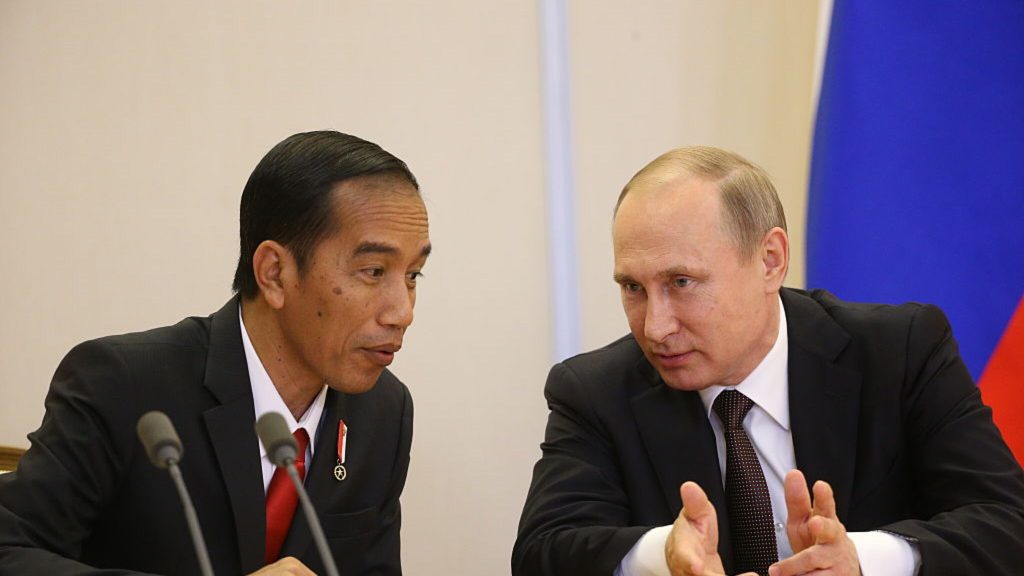 Indonesian President Joko Widodo meets with Putin in Moscow today. The two countries have good relations with each other, and Indonesia does not want to exclude Russia from attending the G20 summit later this year.

The G20 Summit is a summit that unites the nineteen richest nations in the world and the European Union. The chairman of the summit, Indonesia this year, will decide whether countries will be allowed to attend and whether additional countries will be invited. In addition to Putin, there are calls from Ukraine and President Zhelensky.

Putin has already said he will accept the invitation to the summit in Bali, but it is not yet clear whether he will attend in person or via video link.

Many US-led Western nations have been urging Indonesia for some time to exclude Russia from the summit. But for now, President Widodo stands by his decision.

‘Signal to the West’

According to our Russian correspondent Eva Hardok, Putin’s participation in this conference is very important. Hardok: “Putin can prove to his own people that his plan to map Russia is working and that he is still counting on the world stage.”

But according to Hardock, Russia wants to use the call mainly as a signal to the West.

Putin wants to show the West that there are enough countries that want to talk and trade with Russia.

That is what the West, especially the United States, wants to avoid. They want Russia to be isolated as much as possible, thereby weakening the economy.

There are already countries like China and India that continue to trade with Russia, but according to Han ten Broeke (director of The Hague Center of Strategic Studies) there are many countries that do not know how to deal with Russia.

According to Den Brock, those countries (especially from Asia, Latin America and Africa) are now looking at Indonesia. If that country invites Russia and allows it to negotiate at the G20 summit, it will also give them options to trade with the Russians.

On the contrary, it offers Russia an opportunity: it must now rely on these cooperation to keep its economy afloat.

Is it a Western resistance force?

According to our correspondent, Russia wants to establish as large cooperation as possible. Hardok: “Putin certainly wants nations to rally behind him in a kind of anti-Western camp.”

But Hardok argues that despite the neutrality of some countries with strong economies, for example, by not participating in sanctions against Russia in the business environment, Moscow already considers itself an advantage in this situation.

Indonesia’s call (thus unlicensed) was Russia’s first victory. Although it is not yet clear whether the G20 will continue. Many Western countries are threatening to ignore the call for Russia.