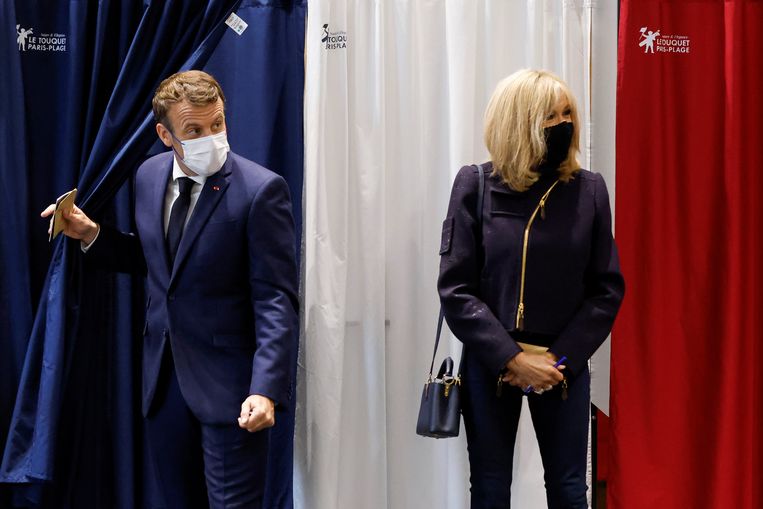 More than a week ago, all eyes were still on Marine Le Pen and her National Rally (RN) party: would she finally come to power in one or perhaps even several French regions? Polls predicted an electoral victory for the RN – a first for the party, which would also serve as an important springboard for the presidential elections next April.

Two rounds of voting later, there isn’t much left of those high expectations. Already after the first round, last Sunday, Le Pen’s victory seemed to be limited to the southern region of Provence-Alpes-Côte d’Azur. But judging by the first results of the ballot box, the RN lost again to the outgoing regional president Renauld Muselier, who is supported by Les Républicains and Macrons La République en Marche (LREM).

In advance, the regional elections were called an important indicator of the struggle for the presidency. Until now, it was expected to result again in a duel between President Macron and Marine Le Pen. This was reflected in the campaign for the regional elections: although the regions have little competence in matters of security and migration, it is precisely these two national themes that have dominated.

But instead of a first standoff, the regional elections have above all turned out to be a defeat for both the National Rally and LREM. As expected, LREM also failed to secure a victory in any of the regions.

Significantly, President Macron couldn’t even vote for his own party on Sunday. In the northern Hauts-de-France region, where Macron was to vote, LREM had already been eliminated in the first round of regional elections. Ditto for Occitanie in the south, where Prime Minister Jean Castex was forced to vote for a competitor after the elimination of LREM in the first round.

In fact, President Macron likely helped his future rival get in the saddle on Sunday. In Hauts-de-France, Xavier Bertrand won his re-election to the presidency of the region with his own list. Bertrand had faced a candidate from the National Rally, the party Macron wants to cut at all costs. Moreover, the popular Bertrand had announced in advance that he would also stand for the presidential election in April next year.

Five years after its founding, LREM has still not taken root at the local level. The party also performed poorly in municipal elections last year. The new defeat at the regional level raises the question of the future of LREM.

Macron himself had said in advance that he did not want to draw any national conclusions from the results of the regional elections. But with these results, it is a “totally untenable position,” one of his ministers told the French newspaper. The Parisian. Mainly because of the loss of the party, but also because of the dramatically low turnout. Anyone who does not learn any lessons from it, the minister said anonymously, gives the French the feeling of not having understood their double warning.

What exactly this warning means is difficult to explain – precisely because of the turnout, which exceeded already low expectations. Also in the second round, only one in three French people went to the polls.

But as the presidential elections approach, there is speculation within LREM as to whether the party should merge into a larger movement. For example, through further cooperation with parties that now support the president, such as the Democratic Movement center party.

For the “traditional” left and right parties, the Socialist Party and The Republicans, Sunday’s result was seen as promising. In all regions, outgoing regional presidents have been re-elected, and they are predominantly from these parties. The cards for the presidential election can again be reshuffled, the right has already said. According to Xavier Bertrand, former member of the Republicans, it will be clear to everyone after today that this battle will not be a duel, but a three-way battle.