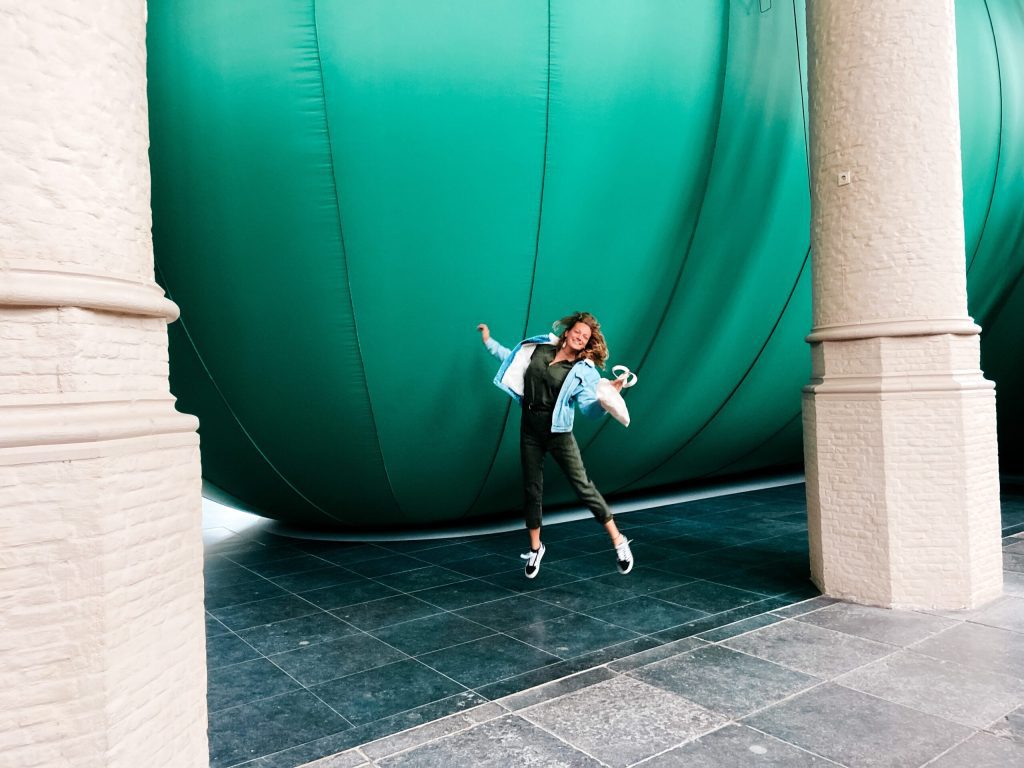 About twenty Schiedams who are going solo to do a little one-year world tour. It seems like the start of a new chick moviebut Lianne van der Horst (29) really did it.

In 2017 Lianne left Schiedam for a trip through Southeast Asia. After almost a year, she found herself in Australia, where she then lived for three years and met her boyfriend Thom. Together they made beautiful trips to Hawaii, among other places. They have been combining travel, work and surfboards for six months. “When we saw such a digital nomad, we always thought ‘Damn, you can open your mobile wherever you are: why not us?’.”

Why did you decide to go on a world tour?

“In 2014, I did an internship at a surf school in Bali for six months. Then it started to itch. In the meantime, I went to Portugal several times to surf, which I really liked. I never felt completely at home in the Netherlands and I knew I wanted to leave as soon as I finished school. I wanted to prove to myself that I could do it alone.

What does your life as a digital nomad look like?

“Last year, Thom and I started a copywriting, social media and marketing business. In March 2022, we spent two months in Sri Lanka to get a taste of online work. It went well and we decided to continue to Indonesia. Get away from the crowds and enjoy surfing in Java and now in Bali. Here you have more digital nomads, which you often already follow on Instagram. We regularly meet people first in online and only then in real life. Several friendships have already been made: we keep in touch with a few couples and we are even going to visit a couple in Dubai.

What are the main differences with the Netherlands?

“Everyone here is more down-to-earth, happier and freer than in the Netherlands. And it’s contagious. In the Netherlands I feel an involuntary social pressure, people are more negative and there is a lot of bullying. As a result, I quickly become overstimulated, while my head is calm here. I don’t have to make a schedule and if I want to have a drink with someone, we do it the same evening. The weather is nice, you can chat with people from other countries and you don’t have a metro here. I hate that!”

“The feeling of freedom. Walking around gives me a sense of calm. Just do the things you want to do. Soon we will be in Bali for seven months, when we finally make the transition to New Zealand at the end of November! Here we are going to buy a bus and travel for three or four months and work online. Through instagram we realize our present life.

Do you miss Schiedam and if so, what do you sometimes think fondly of?

“Sometimes I still call Schiedam home, but with question marks. I come back once a year for the family. When I first took Thom to my parents, I noticed for the first time that I wasn’t so proud of my town anymore. I don’t like the vibe of my old flat – at the Rotterdamsedijk. It feels a bit far from Rotterdam. And this while I have always defended Schiedam, especially when I lived for a while in Vlaardingen. I think I’ve grown out of it now.”

Will you ever return to Schiedam?

“If I come back to the Netherlands at all, at least not to Schiedam. Rather, it will become a multicultural city like Rotterdam or Delft. It’s a matter of feeling. Thom and I talk about buying and subletting something when we’re in our business for a longer period of time. If we ever start talking about the kids, but I don’t need it at all right now.

We’re looking for more cool stories from Schiedammers Abroad. Are you or do you know someone who has emigrated and is living a dream in a new country of origin? Send us an e-mail and we will contact you.