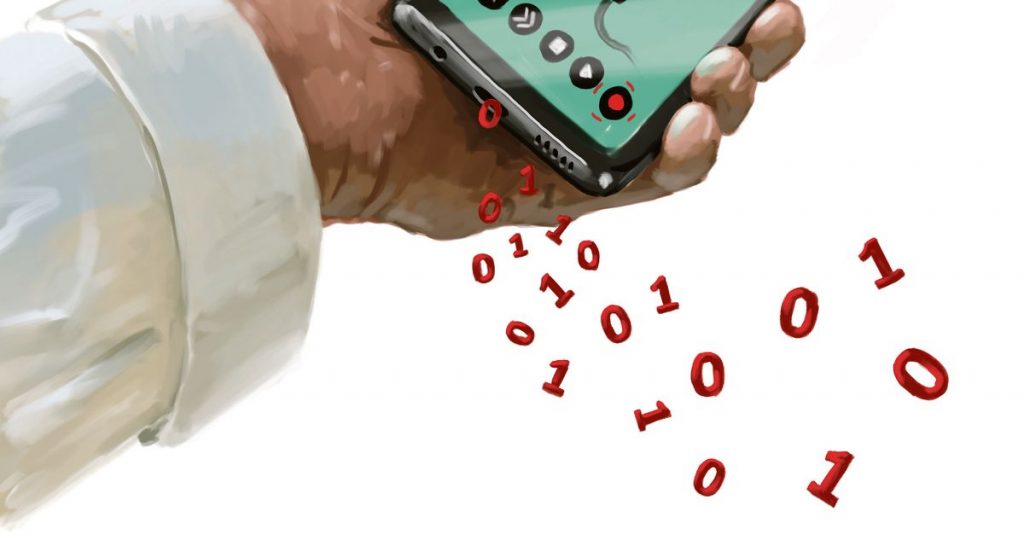 He rarely gets a response, but when Hungarian investigative journalist Szabolcs Panyi has dug enough to publish about the actions of the Orbán government, he always calls for a rebuttal. His substantive questions about the Russian investment bank that moved to Budapest in 2019, for example, came to nothing. But a day after his email about it, his phone was hacked. “I’ve been hacked more times than I’ve received a response,” he said in a conversation via the extra-secure Signal app.

Panyi (35) is a renowned investigative journalist in a country where there are hardly any independent media. And he was targeted by his own government, which used Pegasus spyware to break into his phone. “I didn’t notice for a moment that anything suspicious was going on with my phone,” he said. “Looking back, the only thing that struck me was that various sources suddenly didn’t want to talk to me. As if they had been warned that it was now very dangerous.

The Hungarian government spent at least $ 50,000 on my hacks alone: ​​more than my salary

Panyi works for Direkt36 a bilingual non-profit research platform. He denounced all kinds of corruption scandals affecting the family of Prime Minister Viktor Orbán and international affairs involving the arms trade and Russian and Chinese influences. Partly based on information he receives from sources within government. “Sensitive information not only to those in power, but also to the state security apparatus. “

In a way, he understands that he is the target of the increasingly authoritarian regime in Budapest. Orbán is the only EU leader to describe the journalist organization Reporters Without Borders as “press freedom predatorHeadline. Panyi: “There aren’t as many independent investigative journalists in Hungary anymore. Almost all media are in government hands and the rest are in dire financial need.”


This is how we gag the critical press in Central Europe


The way he found out about the hack was bizarre. Months after Direkt36 was approached to become the Hungarian partner in a large-scale international cyberespionage investigation via Pegasus (led by the media organization Forbidden stories and human rights club Amnesty International) his own number was discovered on the hacked list. The database that several international newspapers revealed last week contains 50,000 potential targets, including prime ministers, presidents, human rights activists and journalists.

In Hungary, Israeli software Pegasus was used against at least 300 people, including Panyi and four other journalists. “I can see down to the millisecond when they invaded my phone, what days I was ‘pegged’. I went crazy when I saw this. The phones of ten lawyers, another group that should be further protected in a democratic rule of law, and those of political opponents and their families were also hacked. “This could not have happened without the consent of the summit,” Panyi said. Israeli spyware was first deployed in Hungary shortly after a meeting between Orbán and then Israeli Prime Minister Benjamin Netanyahu.


Pegasus grants himself access to all on your cellphone


The hacks are extremely threatening because the Hungarian government – which has not categorically contradicted the disclosure – has been granted full access to all of Panyi’s data. From photos of his family to conversations he had with secret sources. His phone may have even served as a microphone.

Other hacked journalists have asked him not to reveal their names because they fear losing the trust of sources and being unable to do their jobs. Not only piracy, but also the intimidation that emanates from it, threatens press freedom.

Panyi hopes to gain trust through transparency. “I accepted that as a victim I myself am part of the story and that my phone be fully controlled. It is important that we understand in detail what happened here. Further, “People who dare to talk to me must know that they are vulnerable. I think it would be a lot worse if we didn’t weigh the risks and then some source takes a hit.”


After being hacked a total of 11 times with Pegasus in eight months, Panyi’s phone appears to have been left alone since late 2019. This is clear from the forensic analysis of Amnesty’s technicians. He has no idea why. Nor if he is being spied on in any other way.

Somehow, he concludes, Panyi considers it honorable to be considered important enough to hack. “Journalists around the world are underpaid. But this Pegasus program, which has to be reactivated again and again, is terribly expensive. The Hungarian government spent at least $ 50,000 on my hacks alone, more than my salary. In fact, the government finds my work more valuable than my own boss.

It was announced this week that investigation and intelligence agencies around the world are using Pegasus surveillance software., which can be installed secretly on someone’s smartphone and intercept all data.

The software is developed by the Israeli company NSO, which counts government departments around the world, including autocratic regimes, among its clients. In addition to criminals, human rights activists, lawyers, opposition figures and journalists can be targets of cyber espionage.

Pegasus (named after the winged horse in Greek mythology) accesses everything inside your smartphone: photos, mail, chat apps, and other files. It can eavesdrop on conversations, relay live locations, steal passwords, and bypass encryption.
50,000 criminals, suspected terrorists, activists, opposition figures, businessmen and journalists are on a target list of government agencies that use Pegasus. 60 clients NSO says it has: in the investigative services, intelligence services and military sectors of 40 countries. 180 journalists from all parts of the world were on the list

A version of this article also appeared in NRC on the morning of July 22, 2021