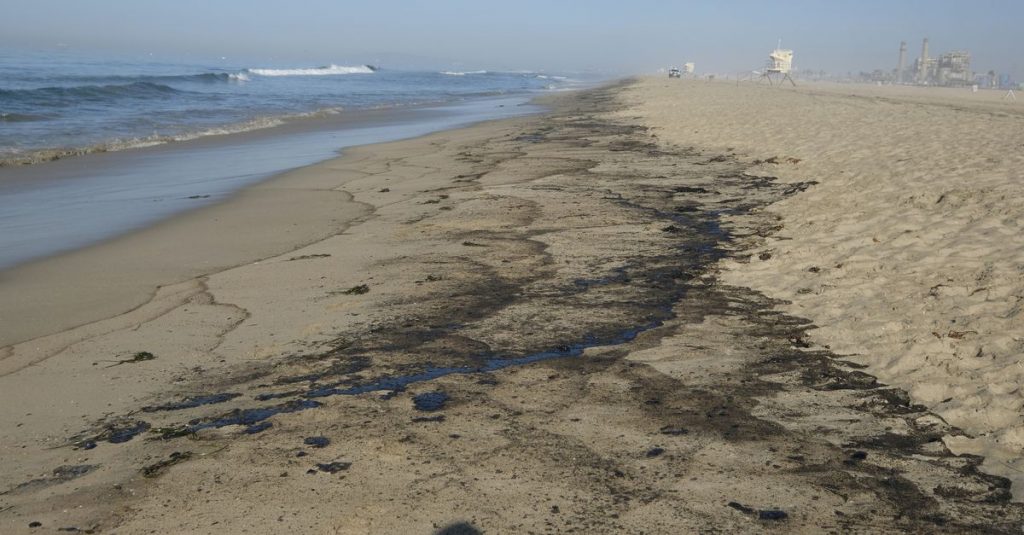 Large amounts of oil spilled into the ocean off the coast of California over the weekend, believed to have come from a burst pipeline on a nearby oil rig. American media, including the Los Angeles Times. Several dead fish and birds have washed up in the last few hours on Huntington Beach, located about 35 miles from downtown Los Angeles.

A spokesperson for the municipality estimates that about 480,000 liters of oil ended up in coastal waters. The oil slick covers an area of ​​more than 33 square kilometers. Although the leak has not yet been completely repaired, the first repair work has already been carried out. The cause of the breakthrough is unknown.

Authorities are calling on everyone to stay away from the oil-stained beach for now. The concrete consequences of the leak on biodiversity, among others, have not yet been revealed, but officials tell the Los Angeles Times already take into account the “significant ecological consequences”.

The fuel spill is already larger than in 2007 in the San Francisco Bay area. Due to the collision of a container ship with the San Francisco-Oakland Bay bridge, more than 200,000 liters of so-called bunker fuels (crude fuel oil and kerosene) infiltrated the bay at the time. About 6,800 birds were killed.

A version of this article also appeared in NRC on the morning of October 4, 2021