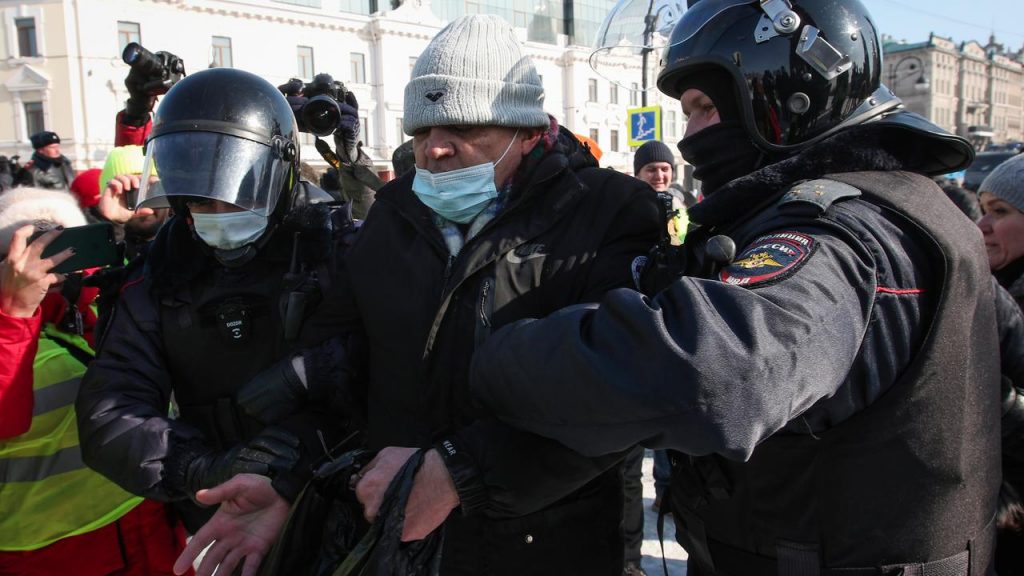 Russian police on Sunday arrested more than 1,000 demonstrators across the country. They took to the streets for the second week in a row to demand the release of opposition leader Alexei Navalny. According to the Russian government, these protests are illegal.

Protest monitoring group OVD-Info reports that 1,009 people have been arrested, including 142 protesters in Moscow. There, riot police are ready to block the passage of protesters if they want to get to the FSB security service office.

Police also closed several metro stations in the capital. In the metropolis of St. Petersburg, much of the center would also be closed.

The first clashes between police and protesters were reported in the Russian Far East. There, protesters gathered in a square in the port city of Vladivostok and on the ice of the frozen Amur Bay. “The desire to live in a free country is greater than the fear of arrest,” said a 25-year-old student.

Video footage shows protesters holding hands and chanting “Putin is a thief” in Amur Bay, where it was 13 degrees below zero. In the Siberian city of Tomsk, opposition supporters gathered in a concert hall. They had brought Russian flags and shouted “let him go”.

Protesters in Yakutsk also defied the freezing temperatures. It was 42 degrees below zero there when dozens of people gathered there. “This is my first time coming to a demonstration,” said a protester who called himself Ivan. “I have just had enough of the total lawlessness of the authorities.”

Navalny was arrested after returning to Russia

Last weekend tens of thousands of Russians have already participated in demonstrations for the release of the well-known opponent of President Vladimir Putin. Then the police arrested thousands of people.

The Kremlin critic’s main allies are now under house arrest. A Russian judge ruled last week that Navalny will also remain in prison for the time being.

Authorities arrested Navalny at a Moscow airport upon his return from Germany this month. There he had undergone medical treatment after being poisoned by a nerve agent in his home country.

The Russian authorities accuse the politician of failing to comply with the conditions of a suspended sentence imposed on him during this period.