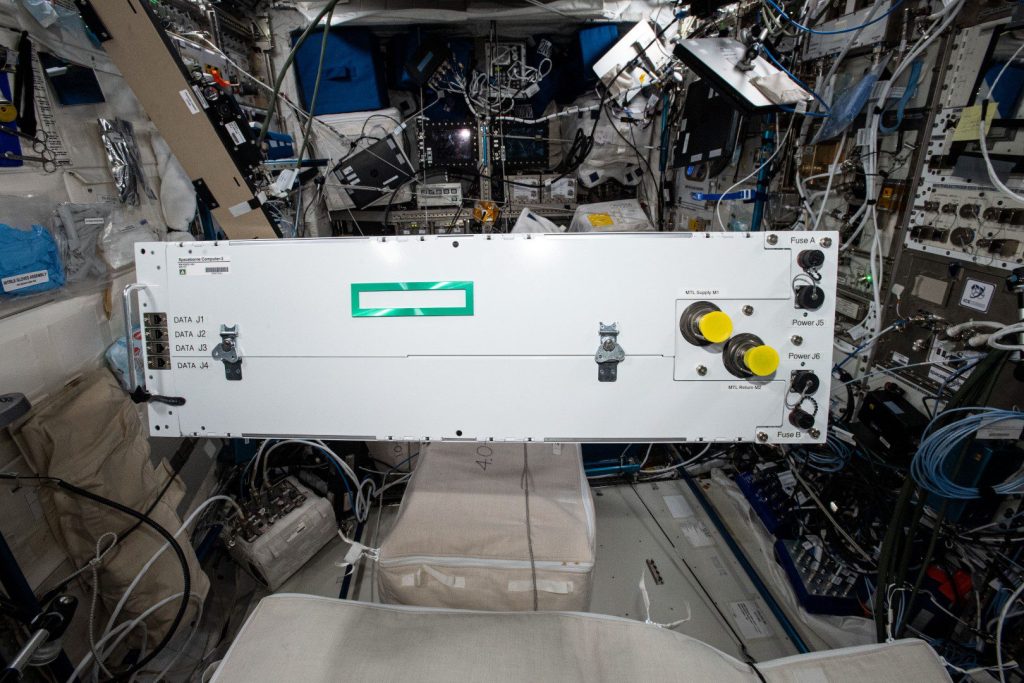 HPE has already performed 24 different data experiments on its Spaceborne Computer-2 in collaboration with Microsoft, among others. This powerful system, optimized for use in space, enhances the analysis capabilities of the ISS.

HPE’s Spaceborne Computer-2 has already supported 24 different data experiments in space. The system brings new knowledge but also optimizes communication with the earth, where the gain in efficiency reaches in some cases a factor of 20,000.

In a press release, HPC proudly announces that the SBC-2 has completed 24 experiments in one year. These experiments still involved data-related workloads, but in different areas, including healthcare, image processing, 3D printing, and 5G.

The purpose of the computer is to improve the internal capabilities of the ISS. After all, sending data from space back to Earth is slow business, and the space station is still in low orbit around our planet. For future lunar and Mars missions, it is even more important that spacecraft can process data on their own without being completely dependent on Earth.

For the SBC-2, it took 12.2 hours to send 1.8 GB of raw DNA data to Earth, illustrates HPE. With the Spaceborne Computer-2, ISS researchers can complete the first scan in six minutes. This relevant information was then compressed to 92 KB and sent to the ground floor in 2 seconds: a time saving of a factor of 20,000.

Analysis in the ISS

Additionally, SBC-2 served as a platform to research the quality of astronaut gloves used after spacewalks with NASA and Microsoft. These gloves can wear out after, for example, upgrade work on the ISS, which poses safety risks. A specially developed analysis model by NASA and Microsoft works on the SBC-2 to immediately analyze photos and videos taken in space for damage. If the model finds an effect, it immediately generates an image with AI annotations that is sent to Earth for further analysis, without having to send all the images to ground level.

The computer also served as an extension to a 5G network as part of a study of 5G deployment on satellites. The SBC-2 also played a role in analyzing data from natural disasters, among many other experiments.

In total, the computer must serve at least two to three years on board the ISS. The SBC-2 follows on from an earlier version, which focused solely on whether conventional hardware can also operate safely in space.

The Benefits of Edge Computing

The computer and accompanying research demonstrates the importance of edge computing in an extreme form. It is often better to analyze the data at the source and not send all the data to a central data center. After all, it costs time, money and increases latency. These factors are very important in space, but it is also relevant on Earth to carry out the first data analysis, for example in a factory itself.