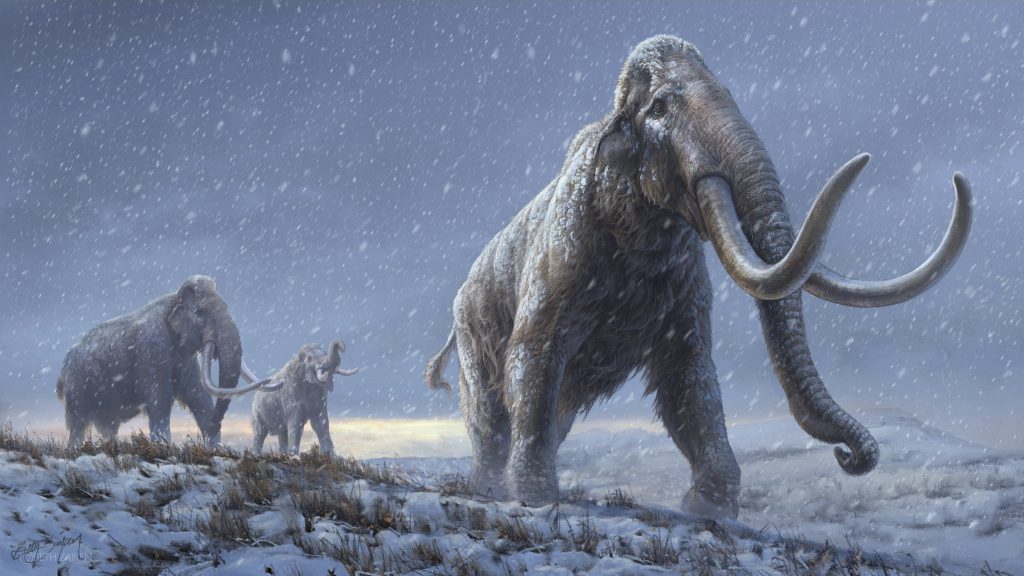 The last mammoth died about 4000 years ago. This ended the world’s largest ecosystem, which played an important role in maintaining Earth’s temperature. Scientists are now planning to return the mammoth.

Decrease in the number of animals
The largest ecosystem on the planet was called the mammoth steppe, according to a BBC News video. Large herbivores such as mammoths, horses, reindeer, bison and woolly rhinos grazed there about 15,000 years ago. The ecosystem stretched from France to Canada and from the Arctic Islands to China. This ecosystem was so large and powerful that it even affected the temperature on Earth.

The modern Arctic ecosystem is much less productive than it was then. There are far fewer animals – at least a hundred times fewer – so the useful grasslands have been replaced by mossy forests and wetlands. This prevents the ecosystem from effectively absorbing carbon from the atmosphere and slowing global warming.

In Siberia, Russian scientists Nikita and his father Sergei Zimov are working in their Pleistocene park to release many more animals into the wild to reclaim the grasslands. They artificially increase populations of bison, cattle, reindeer and horses.

Meadow
Would you do it on an even larger scale, it could help tackle climate change in four ways. First, it can protect the permafrost so that it does not melt further and greenhouse gases are not released. Grazing animals also trample on the insulating layer of snow, causing the ground below to freeze in winter.

Grasslands are also lighter than forest or moss, which means more sunlight is reflected back into the atmosphere. White snow also stays there longer, which also has a reflective effect. Additionally, the grass with its long roots can absorb more greenhouse gases and help dry out extremely wet marsh soil, reducing the release of methane.

Mammoths
And why are mammoths still needed? “Bison can knock over small trees and eat branches. Mammoths are much stronger. They are bulldozers,” Zimov said. They can get grasslands created much faster.

It sounds less weird than it is. At Harvard University, a Woolly Mammoth Revival team is using CRISPR technology to insert DNA from the mammoth genome into living elephant cells. The goal is not to create a new mammoth, but to create an Asian elephant capable of withstanding the cold and thus survive in the colder ecosystems of Russia or Canada.

It is far from there yet. There are also quite a few ethical dilemmas associated with this kind of DNA tinkering, but it is an interesting project that can use the intelligent technology of humans to restore nature.

Below is the whole story: