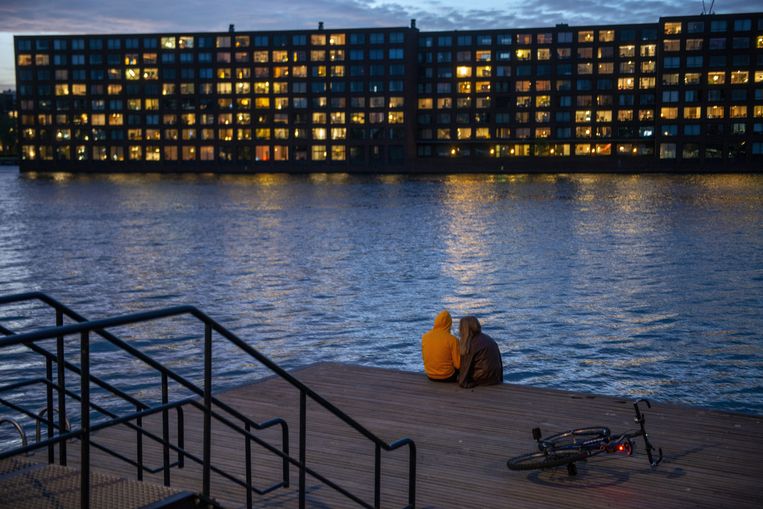 Network company Liander has launched a ‘congestion management’ trial in the port of Amsterdam. What’s this?

Liander is grappling with the rapid growth in electricity consumption, which is the result of sustainability (more electric cars, more heat pumps) and power-hungry data centers. Because Liander cannot keep up with this growth with additional power cables and stations, there is “congestion” on the power grid in about half of the city.

As a result, 161 new large-scale consumers in Amsterdam, such as supermarkets, schools, offices and factories, are on the waiting list for a power connection. In congestion management, other heavy consumers free up space for a fee by consuming less power during peak hours. Another possibility is that they supply electricity to the grid at these times.

For example, they can store electricity in batteries to return it in exchange for compensation in case of urgent need. Charging infrastructure for electric cars can help by charging more when there is plenty of electricity available and less when there is a shortage. In order to relieve the grid, companies can also exchange energy with each other. The result may be that the power grid is less likely to reach its limits or that Liander will have to lay fewer cables because the peaks are, so to speak, massaged.

Why is the trial in port?

In the port, Liander had to repeatedly say no to companies that wanted to establish themselves here. Last month it turned out that a new cable factory (100-150 jobs) was moving to Eemshaven in Groningen for this reason. This year, Liander hopes to secure contracts with companies that can lend a hand to the power grid. According to Liander, it is impossible to say how much air it gives. However, the grid company hopes to learn from experience how more space can be made available on the power grid in other parts of the city.

What are the possibilities in residential areas?

Residential areas also have their energy consumption peaks. Especially at dinner time, when everyone comes home and starts cooking. Within the research project Flexpower3 we are studying whether it is useful for less energy to flow to the charging stations for electric cars at these times. The same charging stations may charge additional fees if a lot of solar power is generated in the neighborhood.

In the long term, it is even possible that the batteries of cars provide energy when the electricity network can use it well. For now, charging stations that can do this are still very expensive and most electric cars are not yet suitable, says Hugo Niesing of Resourcefully, who has been studying the impact of the energy transition in the Eastern Docklands.

Is it also a solution if the grid proves unable to cope with the energy supplied by the solar panels?

Across the country, 75,000 homes that are regularly equipped with solar panels cannot lose their generated electricity. In Amsterdam, this is not yet a big problem. Last year, Liander received 6 complaints about this in the city, 25 times less than in the rest of the Liander region. It only plays a role where more solar panels have been installed on large roofs, such as in the harbor and in Osdorp. The electricity network is more robust than in the countryside and because of the many apartment complexes there is by definition less roof space per person.

But according to Niesing, these problems are only a matter of time. In the “neighborhood energy monitor” developed by Resourcefully, the electricity consumption and charging of electric cars are precisely compared to the production of solar panels. On a sunny February day, two more hours were generated than consumed at Sporenburg. “Enough to charge ten cars.”

Flexibility in charging electric cars will avoid traffic jams, Niesing said. In early spring and late fall, the same can be done with heat pumps that turn on when the sun is shining. More green electricity is consumed in the district itself. “And Amsterdam can continue to grow thanks to solar energy.”