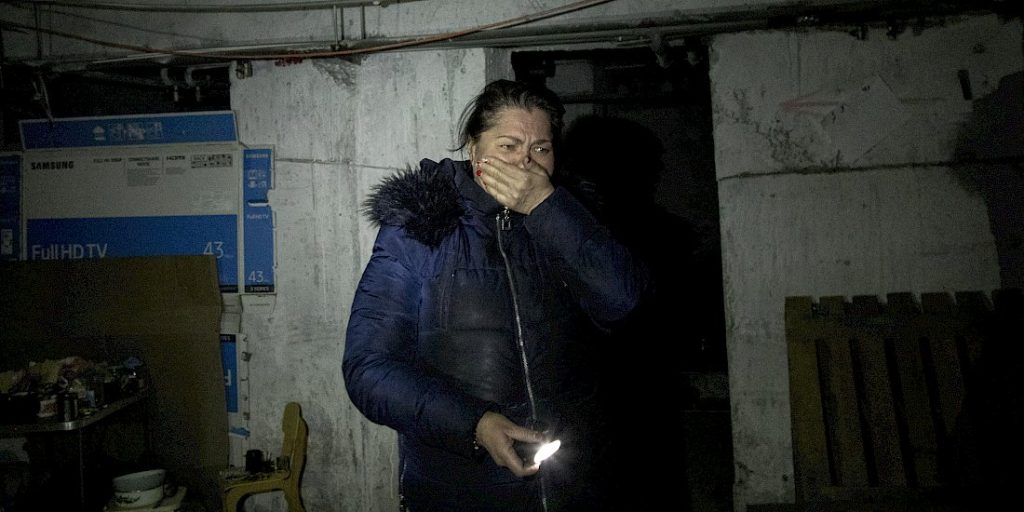 People who stay in their shelters are also at risk. Russian soldiers move from basement to basement, locals say later. “They forced us to our knees,” Vyacheslav Kozlovsky told Belarusian news site Vot Tak. “I had money on me and I was wearing a watch. They took everything, like the others. Kozlovsky says the Russian military searched identity documents for signs of military service in eastern Ukraine. “They shot those people right away.” People with tattoos of Ukrainian symbols or anti-Russian messages on their phones are also shot.

Soldiers are not sensitive to signs of surrender, say eyewitnesses to executions. They say to some detainees “why, why? shouting and others raising their hands. They are all shot.

“Uncle Yuri”, as he is known in his neighborhood, wears a piece of white cloth around his arm to show that he is unarmed. He visits the houses to bring bread to the hidden people. He is also found dead.

The number of bodies is so great that the morgue is filling up. The cemetery is inaccessible. Something has to be done, thinks Anton Dovgopol, director of the local hospital. He sees that the dogs are already chewing on bodies, he says later The Kyiv Independent† He gets permission from Russian soldiers to dig a big hole next to the Orthodox Church. With a group of colleagues, he threw 67 bodies there.