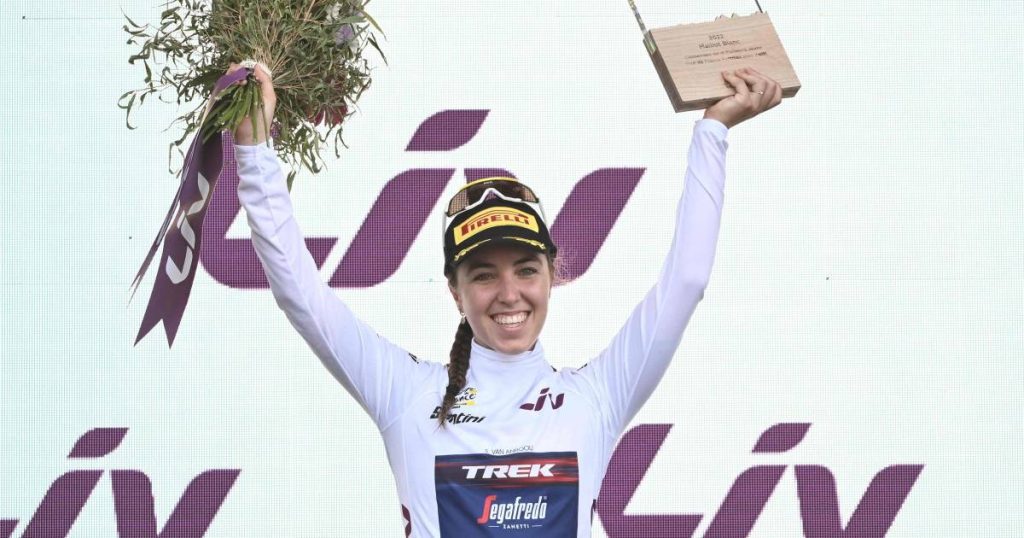 THE SUPER WHITE OF BEAUTIFUL GIRLS – Shirin van Anrooij saved the furniture from Trek-Segafredo in the Women’s Tour de France. The youngest Kapelse of the American World Tour team stole the show on Saturday by taking the lead in the youth classification and the next day she defended the white jersey with flying colors.

Trek-Segafredo entered the highly anticipated first Tour since 2009 for day success and wanted to chase the yellow jersey. But sprinter Elisa Balsamo and leader Elisa Longo Borghini – ultimately sixth in the final standings – no longer had the best legs after the Giro Donne. During the first six days, Van Anrooij had to support them and made it clear that the youth shirt was not a goal in itself. But in the last weekend, it was so nice, both for her and for the team, that she conquered him and clung to him.

“It’s super nice to wear the white jersey,” she said after her ceremony on Saturday. In the first six days I tried to work as much as possible for the team, to fight for Elisa. Today I had the chance to go for white. It’s very special that it went so well.”