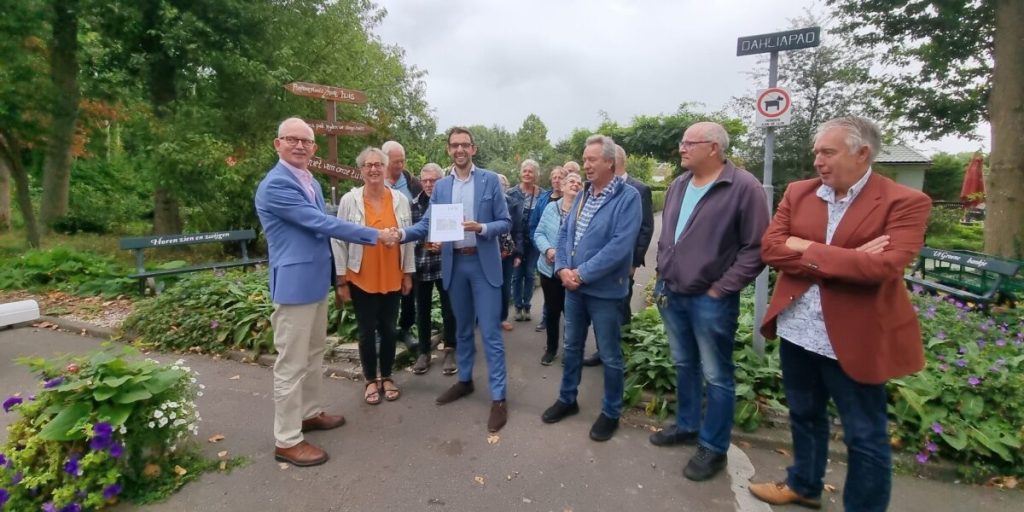 The umbrella organization of the Leiden Allotment Garden Associations has a new name and will continue as Leiden Allotment Garden Organization (OVL). “The old name didn’t really cover it anymore,” says chairman Henk Boting. This old name, the Association of Amateur Gardeners Leiden, is too broad. Certainly more and more green initiatives are being added in the city that have nothing to do with housing estates. Stadstuinderij Het Zoete Land near Zoeterwoudsesingel, for example, or Etenbos Okkerheide in the Merenwijk.

In addition to a new name, the LVO has also developed a new vision for the years to come. Much attention is paid to natural gardening, the promotion of biodiversity and the prevention of poisons. Many gardens are already doing this, but now it has also become a policy.

What remains is the representation of the interests of the six allotment garden associations with a total of around 1,200 members in Leiden. An important point for the LVO has been for years the compensation of housing estate surfaces that have disappeared in the past to make way for new constructions. At the Rhijnhof cemetery, for example, the housing estates of Tuingroep Veldheim had to give way.

The municipality already promised in 2016 that these gardens would be compensated in the Oostvlietpolder. Alderman Ashley North, who received the LVO vision document from the Cronesteyn Garden Association last week, pointed out that lost gardening space will be compensated for this term by adding a piece of pasture to the allotments at Onderlinge Tuinvereniging and Tuinvereniging Oostvliet. “We do not yet know if these two associations will manage the additional allocations or if a new association will be added,” said LVO President Henk Boting.

Enlargement is not only the fulfillment of an old promise, it is also desperately needed. Housing estates are extremely popular and waiting lists are long. Cronesteyn has therefore even announced a membership freeze. A hundred additional gardens will be built in the Oostvlietpolder. The common waiting list is about five times longer.