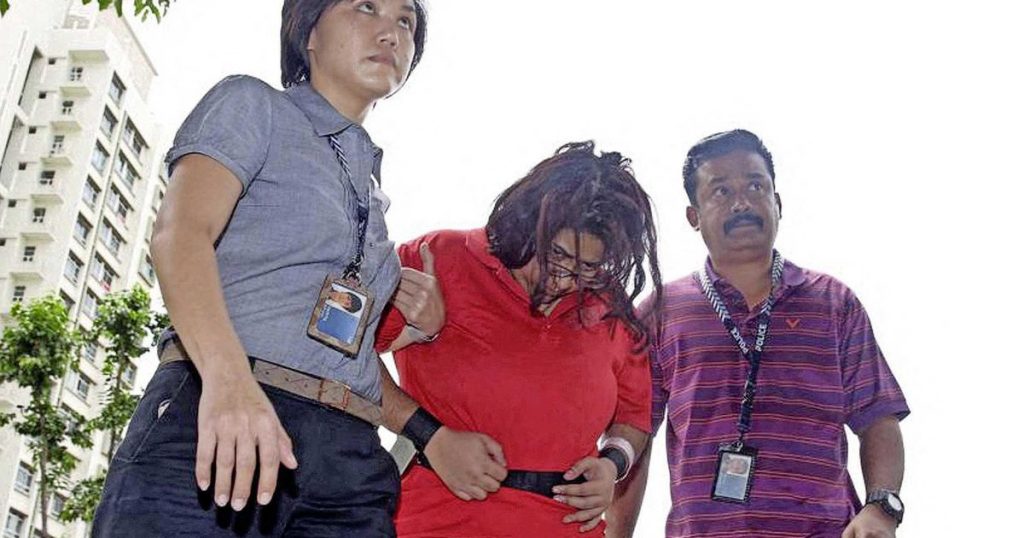 The 40-year-old assailant, Gaiyathiri Murugayan, admitted 28 assault charges over a period of more than 14 months. Piang Ngiah Don, in his twenties, was underweight and at one point weighed only 24 kilograms. She was only allowed to sleep for five hours a night and was strangled, beaten and branded. She died in 2016.

The judge speaks of a “horrible” case and says he has never seen anything like it. The facts were revealed by CCTV footage of the house. The suspect appeared in the courtroom with his head bowed, sunglasses and a mask.

The court took into account the “extremely aggravating and horrific circumstances of the crimes” in the sentence. “She was aware of her actions and determined in her behavior. She did not lack the ability to understand what she was doing.

The woman, married to a police officer, said she struggled with depression after the birth of her son. She also has a four-year-old daughter, whom the slain Asian had to take care of. The latter was sometimes assaulted several times a day. Sometimes the 61-year-old grandmother also cooperated, reports the Daily Mail.

Several hundred thousand household and educational helpers from poorer Asian countries like Myanmar and the Philippines work in Singapore.