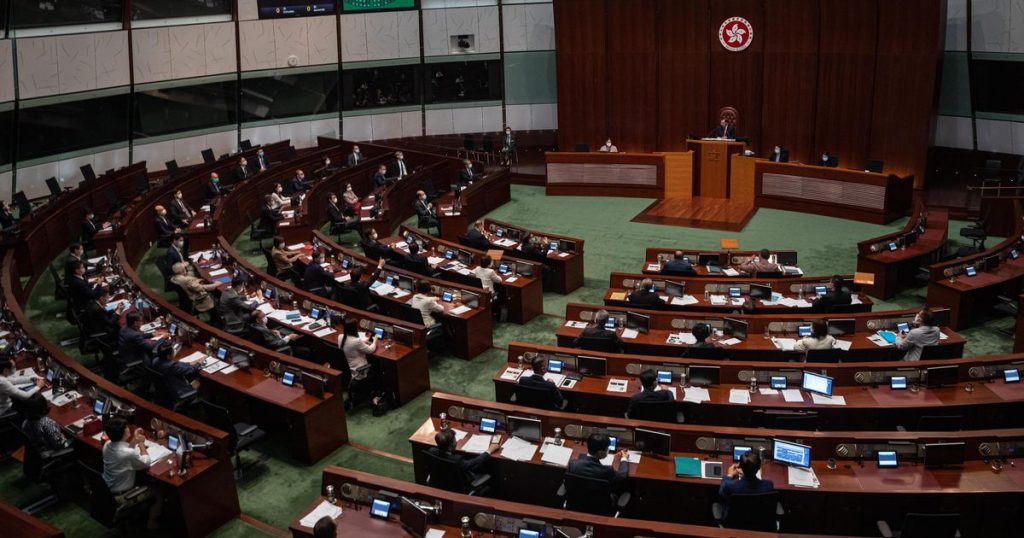 During the legislative elections in this metropolis, citizens will soon be able to directly elect only 20 parliamentarians, against 35 previously. The number of parliamentary seats will increase from 70 to 90, 40 of which will be filled by a committee which also elects the head of government. Members of the Electoral Commission were elected on September 19, and legislative elections would follow three months later.

The law also creates a new body that monitors candidates. Anyone who does not show enough patriotism for China will be banned.

The plans prepared in China were adopted with 40 votes in favor and 2 against. Hong Kong’s pro-Chinese government has encountered little opposition in parliament over the past year after pro-democracy delegates resigned in protest.

The most radical reform of the electoral system

The United States condemned the move as undermining Hong Kong’s democratic institutions, political stability, and civil participation. Foreign Minister Antony Blinken called on authorities in Hong Kong and Beijing to release those charged under a very strict security law and drop the charges.

China maintains that the electoral changes are designed to eliminate “loopholes and loopholes” in the law. This should prevent protests like in 2019 and ensure that only “patriots” rule the city of 7.5 million people.

It is the most radical reform of the city’s electoral system since 1997, when the United Kingdom ceded Hong Kong to the Communist People’s Republic. He promised the metropolis would receive autonomous status for another half a century, but those promises have now been broken, according to Western countries.