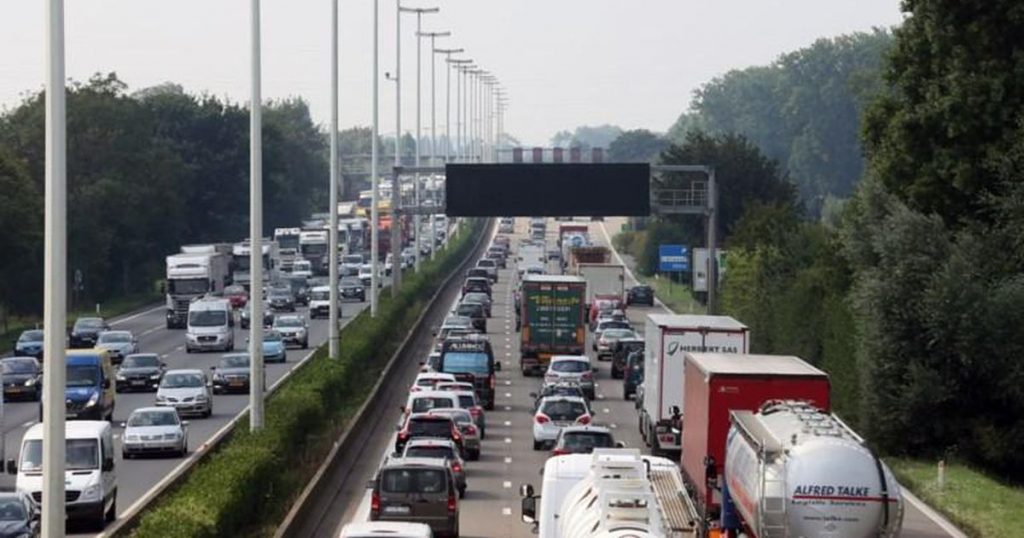 Because many vacationers have already hit the road on Friday, many people still found themselves in traffic jams, resulting in hours of delay. In the Auvergne-Rhône-Alpes region there were almost 300 kilometers of traffic jams and along the south coast there was a total of 125 kilometers of traffic jams. The French traffic information service advises motorists not to drive on Friday evening or Saturday, but only on Sunday if possible, according to the ANWB.

Also on the A10 from Paris to Bordeaux there were long traffic jams with wait times of around three hours. The same was true for the A75 between Paris and Clermont Ferrand, where motorists were also stuck in traffic for hours.

On Saturday, a lot of traffic is expected on the motorways in France, not only by people going to their vacation address, but also by returnees.

On Friday there was also a lot of holiday traffic in southern Germany and long traffic jams on the A8 from Karlsruhe to Munich. On the Swiss A2 from Chiasso to Lucerne, motorists had to wait a long time for the Gotthard tunnel.

Germany is also counting on huge traffic jams on Saturday, as the summer holidays started on Friday in several Länder, while they have just ended in other regions.

ADAC, the German sister organization of the ANWB, is warning holidaymakers that the frequently used A1 and A61 motorways in Germany are partly impassable due to damage from high water this month. There are detour routes, but drivers everywhere should be aware of long traffic jams. Detours on local roads in North Rhine-Westphalia and Rhineland-Palatinate do not make sense, according to the automobile club, as there are also many depots there due to repair work.