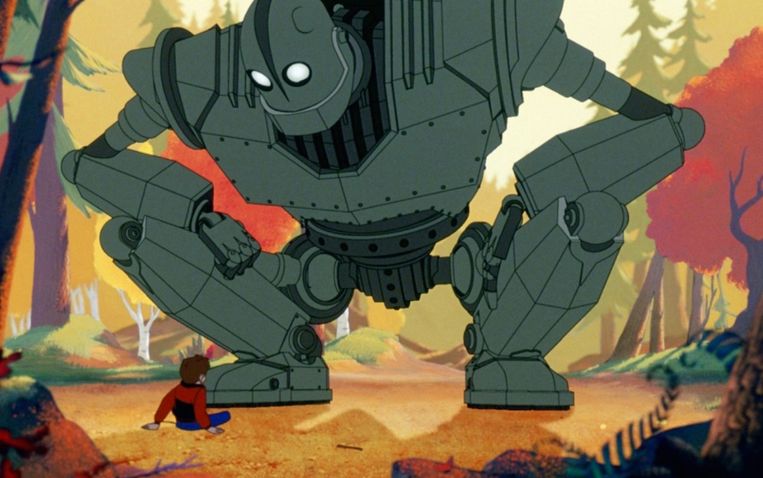 A nine year old boy who lived with his mother in the 1950s in the woods near Rockwell, Maine. A towering robot that collapses from space on Earth and cannot call home. A beatnik artist and a secret agent in a raincoat. These are the ingredients of this animated blockbuster that hardly anyone in the Netherlands has seen. Or maybe saw it, but was forgotten. Either way: The revenue in 1999 was very disappointing for the studio that released the film. Too bad, because for children, it is a wonderful story of friendship.

You don’t have to put it in so many words, but it’s clear that there is something missing in the life of nine-year-old Hogarth Hughes. A father, for example, but why is never explained. Is not necessary. He has a gentle and hardworking mother. And now, after an initial panic on Hogarth’s side, so does a giant iron friend.

The problem is that the US government thinks very differently from the tens of meters tall robot and sends the military towards it. Is for adults The iron giant from there, a parody of enemy thinking in the 1950s, when national security was thought to mean having more and more nuclear weapons and pursuing dissidents for as long as possible. But nowhere does this serious undertone dominate in the film. The whole animation has a sort of jazzy and game-like flow. From the hanging arms of Hogarth to the cool raised eyebrow of the artist making the robot eat his metal scrap. To funny references to sci-fi movies of the fifties, in which all kinds of things fell from space to subdue humanity.

It’s great that Pathé Thuis continues to offer this film. And watch with your children, because in the end you can shed a tear.

To see at Pathé Thuis.