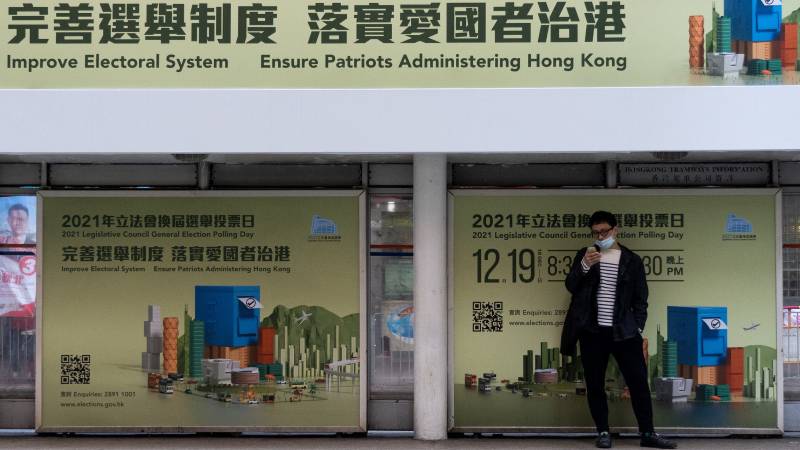 The elections in Hong Kong have never seen so few people vote: just over 30% of eligible voters turned out. The victory was won as expected by candidates loyal to China. These “patriots”, as Beijing calls them, obtain almost all seats in the parliament of the special administrative region.

It was clear in advance that the candidates who rallied behind Beijing would win. The parliament went from 70 to 90 seats, but voters were only able to nominate 20 deputies, all of whom were approved by a pro-China committee. Of the handful of candidates who say they are “moderate”, none has won a seat.

The opposition criticized the course of events. The largest opposition party, the Democratic Party, did not participate for the first time since 1997. In that year, control of the former British crown colony was transferred from London to China. Many pro-democracy activists fled, were arrested or were not allowed to participate in the elections.

China has passed a draconian security law in Hong Kong that would suppress all forms of opposition. The electoral law was also amended under the leadership of Beijing. China tightens the reins under the pressure of the protest movement in Hong Kong, which has been manifesting since 2019 with sometimes violent demonstrations.

Hong Kong Governor Carrie Lam declined to explain the low turnout. She pointed out that 1.3 million people still voted. “You can’t say it was an election that didn’t have broad popular support.”