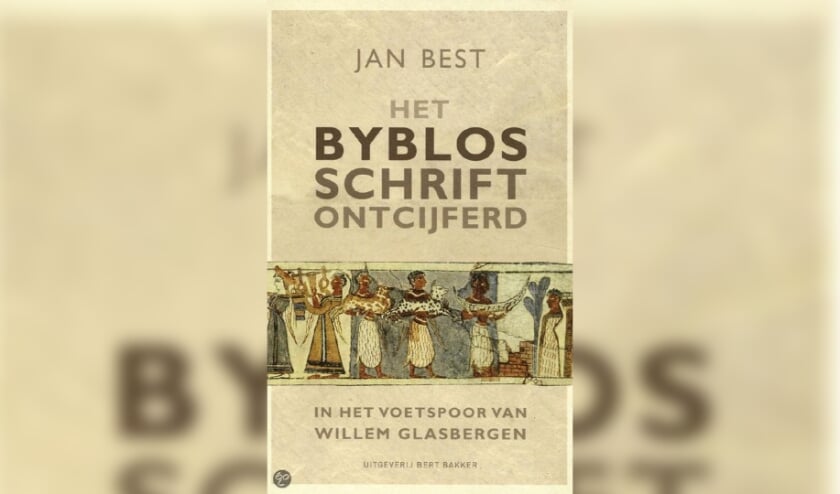 BAARN Jan Best de Vries (1941) is one of the founders of the Alverna research group. A group of scientists specializing in the deciphering of writings still unknown. The author Best de Vries (the double name is a tribute to the late “love of his life”, the historian-archaeologist Nanny de Vries) carried out studies which led to the deciphering of the writing of Byblos. He looks back on his life’s work.

The retired pre- and protohistorian enjoys the view from his balcony over the Baarnse Prins Hendriklaan. The green contrasting beautifully with the blue of the sky makes it calm, but despite its advanced age it remains combative. He writes high-quality notes which, beautifully crafted, are sent to The Hague to break a deadlock in cabinet formation. “With a fragmented supply of 31 eligible parties, one can think of the formation of a non-primary business cabinet tinged with ideology. The advantage is that experts can be appointed instead of politicians.

Jan Best de Vries fills his days with these kinds of thoughts. The author is active and passionate, who has conducted international research as a protohistorian. He studies the period of transition from prehistory to classical antiquity, during which the civilization in question itself does not yet have a writing, but is described by neighboring peoples who already have a writing. Best de Vries, trained by archaeologist Professor Willem Glasbergen, speaks of Linear A. ,, This writing system was developed in Crete from the year 2000 BC. Decades of unsuccessful efforts have been made to decipher this writing. I managed to trace the inventory of the drawings of the script to three sources. It was the start of a Reconstruction to come from this ancient writing.

Based on Egyptian hieroglyphics and its reconstructions Linear A and the Cretan hieroglyph, Best is not the only one to be convinced of having succeeded in deciphering the writing of Byblos. This has earned him international fame. De Baarnaar published his findings in 2010 in Byblos script deciphered. A work that was received differently in the Netherlands. “My idea that the script called Linear A in Crete has predominantly Semitic characteristics met with great resistance from colleagues who mainly learned ancient Greek. They see Crete itself as the origin of Greek civilization.

The debate over whether or not Crete was the cradle of Greek civilization prompts the writer to issue a warning. “There is an atmosphere in the humanities in which new ideas are hampered. In my opinion, these are continuous advances in science, not obstacles. The discoveries that I have made should be made by the universities. I appreciate the freedom of scientific research.