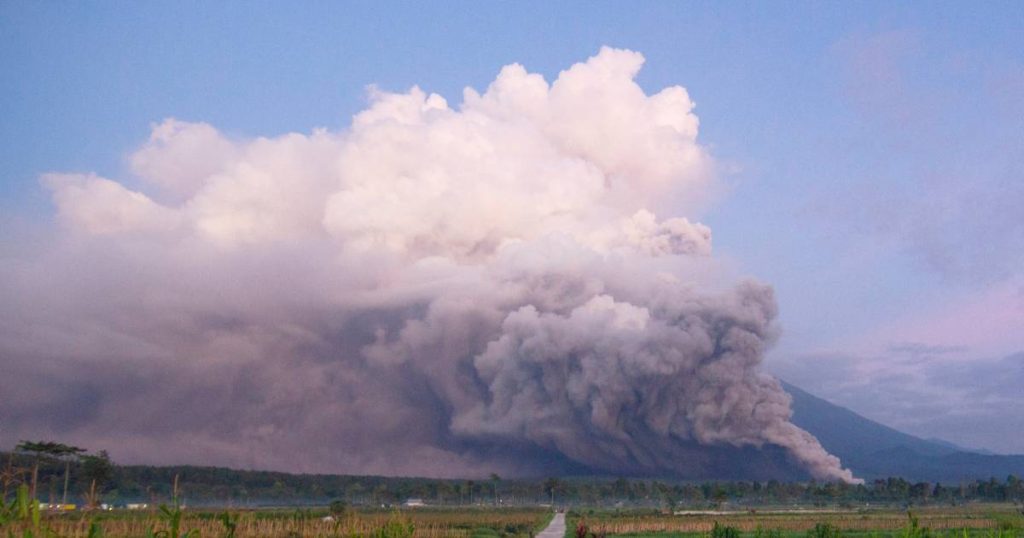 with videoThe Indonesian island of Java is on high alert after an eruption of the Semeru volcano. Hundreds of local residents sought a safer place.

The Center for Volcanology and Disaster Prevention (PVMBG) has raised the alert level for Semeru from level three to four. “This means that the danger in populated areas and the activity of the volcano have increased,” spokesman Hendra Gunawan told Kompas TV.

The plume of smoke reached a height of 15 kilometers. The volcano spews hot ash 1500 meters into the air, after which it spreads within a radius of 7 kilometers. Lava also flows from the volcano. People are asked to stay away from the immediate area. Access to the area around the volcano is limited. Most roads are closed.

According to the emergency services, around 2,000 people from six villages have been moved to eleven shelters. Local residents are housed in, among other places, schools and mosques. Some of these places are up to 20 kilometers away. The authorities are also distributing masks to local residents. After the eruption, the internet was interrupted and there were problems with the mobile phone network, noted a journalist from the AFP news agency on the spot. As far as is known, there were no casualties.

Semeru erupted after a series of earthquakes in Java, one of which killed more than 330 people last month. The volcano, with a height of almost 3700 meters, is the highest point in Java. The mountain is located in the eastern part of the island, about 640 kilometers from the capital Jakarta.

The Japanese meteorological agency issued a tsunami warning for the islands of Miyako and Yaeyama, in the south of the archipelago, after the volcanic eruption. An hour later, no damage was reported, according to the Kyodo news agency.

A year ago, the Semeru volcano also erupted. More than 50 people were killed and nearly 10,000 people had to flee their homes as ash and landslides engulfed villages.