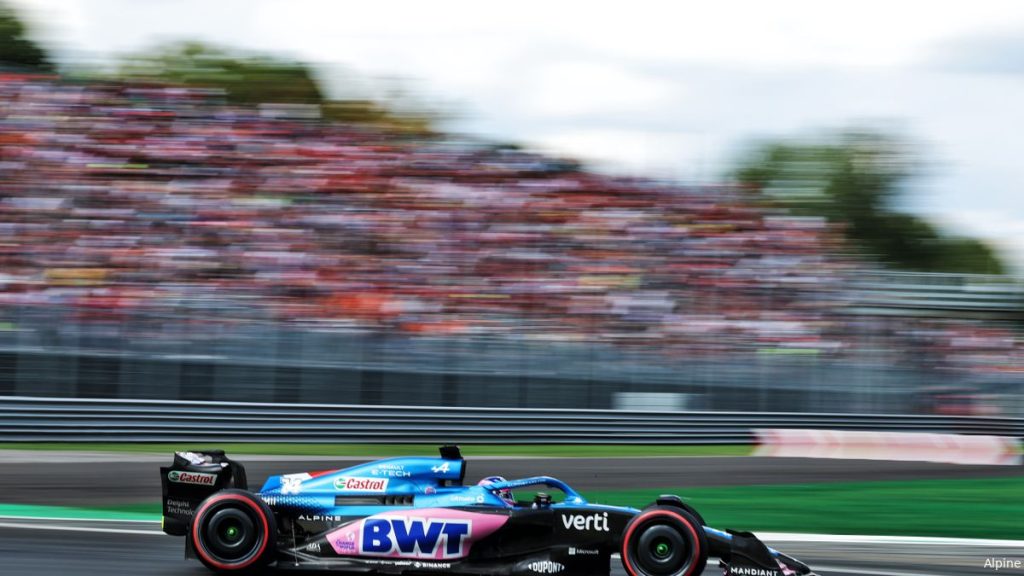 In “This is what the teams think…”, F1Maximum focuses on the somewhat smaller Formula 1 teams: McLaren, AlphaTauri, Alpine, Aston Martin, Williams, Alfa Romeo and Haas. Below you can read what drivers from the affected racing teams have to say about their recent performance on the track.

Lance Stroll had a very good qualifying and finished seventh while the best of the rest. “The car felt very good. We found a lot of grip and the car gave me confidence. We’ve made good progress with the car lately and we look stronger on Saturday. I really enjoyed it even though the conditions were difficult with the wind. It looks like we’ll be starting from fifth place, due to some penalties for the cars ahead, which means we’re in for a good result on Sunday.”

Sebastian Vettel was left behind in Q2 with the twelfth fastest time. “There was more speed in the car so I’m disappointed with my end result in qualifying. I wasn’t happy with my lap in Q2 and struggled to find the confidence behind it. Sector one was quite tricky with the downwind and I lost time straight away when the rear broke in turn three so I lost quite a bit of time in this whole series Small margins made the difference and I missed Q3 because of that.

Lando Norris finished eighth in qualifying and is very satisfied. “I’m super happy, especially with my lap in Q3. A few people have grid penalties for Sunday, which puts me a few places higher on the starting grid. I think it will be difficult to stay in position, but I’m happy with the qualifying and the work we all did, now we focus on Sunday,” said the Briton.

However, his teammate Daniel Ricciardo was left behind in Q1. “I’m not happy with my qualifying. We struggled a lot with the rear of the car and had a few moments in the first sector. We obviously didn’t recover from that. We have to find out why, but during the race , there will be opportunities to overtake and show more and we will do everything we can for Sunday’s race.

Fernando Alonso had a good qualifying and finished ninth. “It was very difficult with the windy conditions and the car was a bit more difficult to drive on Saturday, especially in the fast corners. In the end, I’m still happy with the result because reaching Q3 was our target going into the session. Unfortunately , we have the penalty on the grid and it would have been nicer to start higher than 14th but I think we can still score decent points.

Esteban Ocon’s qualifying ended quickly, however, after failing to make it past Q1. “It was a difficult day for us. It’s hard to fall behind in Q1, especially since we have a competitive car. The conditions were difficult and to be honest I didn’t fit in with the car. of the whole weekend. There is certainly work to be done to find out exactly what went wrong during qualifying. As for the race, we will do everything to get back into the points.

Valtteri Bottas managed to enter Q3 on Saturday. “The target was to get into the top 10 and we achieved that. We knew the upgrades we made for this weekend would give us a boost and it only took a little improved performance to get us back into the third quarter.We need to score on Sunday to help us fight for sixth place in the championship, which is very important for us.

Guanyu Zhou was actually already in Q3, but then had to deal with track limitations. He also has a grid penalty and must start nineteenth. “I had to give my all during the whole qualifying session because I missed VT3 due to technical problems, and I was happy to enter Q2. I’m upset that my lap which would have taken us to Q3 was been dropped. I’m looking forward to Sunday, although we’ll start at the back. I think it’s possible to overtake here, so hopefully we can have a good race and bring both cars in the dots.”

Alexander Albon finished eleventh in qualifying and can start eighth thanks to grid penalties. “It was quite unexpected if I’m honest. It was quite a difficult weekend for qualifying and the wind is very strong on this track and difficult to read. We made a few changes from VT3 to qualifying which didn’t seem to help too much at first, but as the session progressed we noticed improvements. I’m very happy with qualifying, so I’m looking forward to Sunday.

Nicholas Latifi had a lesser qualification and finished last. “It was a very difficult session with the wind picking up quite a bit. I didn’t do the perfect lap on that last lap and was caught off guard by a few moments. It’s hard to say what to expect on Sunday, but the conditions will be difficult for us with the heat and the wind. We will do our best to make the most of it.

Pierre Gasly was clearly dissatisfied in qualifying and finished thirteenth. “I was happy with the car until qualifying and there was certainly potential to reach Q3, that’s why I’m frustrated. I struggled with the brakes and just couldn’t bring the temperature in. Looking at Sunday, I don’t see why we can’t fight for the points and I’m confident we can catch up.”

Yuki Tsunoda is also not satisfied with his fifteenth place in qualifying. “I’m frustrated with our performance in qualifying. Of course I went over the track limits on my last lap, but I don’t think it made a big difference, we didn’t have the pace to pass. in Q3. We’ll see what else we can get out of the car and I’ll push as hard as I can in the race to try and get some points.”

The two drivers from the American racing team were unable to qualify for Q2. Kevin Magnussen finished sixteenth. “I lost three tenths in the first corner because of the bump in the middle. I lost the rear after that bump, so that’s a bit of a shame. It’s a new day on Sunday and it’s a track where you can race and overtake, so if we have the pace we can fight back.

Mick Schumacher crossed the line with the nineteenth time. “The pace seemed good and we had a car that could have qualified for Q2 with the potential for Q3, so it’s a real shame we couldn’t show that. I spun off because it was very windy and bumpy. It’s a shame it happened in the first corner because we don’t know what the potential could have been, but just in terms of intuition it was high.