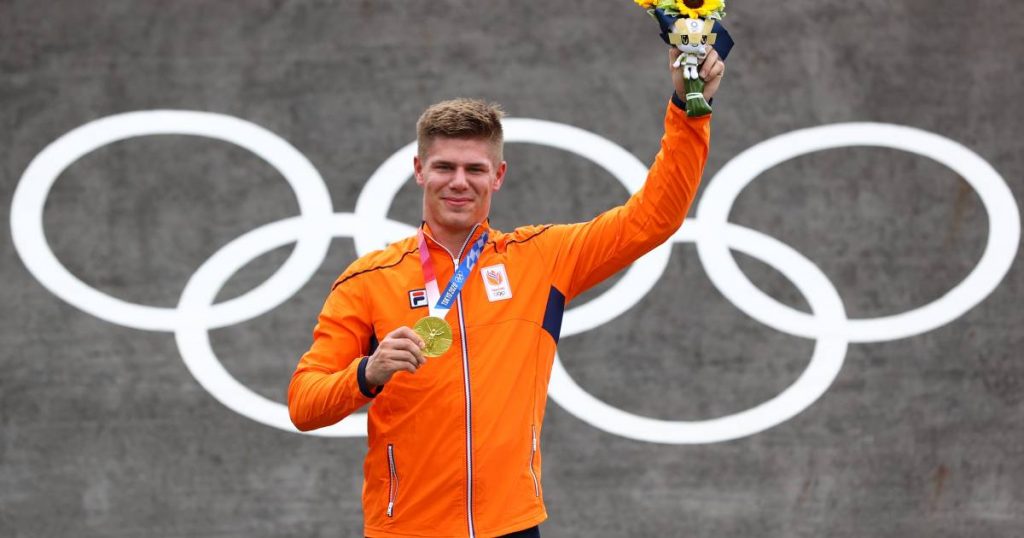 The seventh day of the Olympic Games was a day with highs and deep lows for the Netherlands. TeamNL is now on three gold, seven silver and five bronze. Today’s ups and downs in a row.

BMX rider Niek Kimmann won the gold medal at the Tokyo Olympics. The 25-year-old cyclocross rider from Lutten was by far the strongest in the final at Ariake Urban Sports Park. Briton Kye Whyte won silver, Colombian Carlos Alberto Ramirez Yepes won bronze. Kimmann collided with a crossing official during a practice session on Monday and suffered a tear in his knee.

Kimmann also made history with the victory. He gave the Netherlands the first Olympic gold medal in BMX. Five years ago, at the Rio Games, he finished seventh in the final, in which his compatriot Jelle van Gorkom won the silver. In 2012 Laura Smulders was the first to win bronze in London. His sister Merel imitated him in Tokyo, shortly after Kimmann had led his gold race.

Bouwmeester is suddenly back on the gold path

Marit Bouwmeester suddenly competes after race nine and race ten for medals in the Laser Radial class. The 33-year-old Friezin took his revenge after the bad day and moved from seventh to second in the overall standings. Bouwmeester moved up to second place in the standings and narrowed the gap with Danish leader Anne-Marie Rindom to seven points: 64 points and 71 points. Sweden’s Josefin Olsson is in third place, eight points behind Bouwmeester. The medal race takes place on Sunday. Points count double.

The Holland Eight rowers finished in a disappointing fifth place at the Tokyo Olympics. The centerpiece of the Dutch rowing fleet did not compete for medals in the final on the Maritime Forest Waterway. The boat was fifth from the start and during the two kilometer race the team could not improve on this position. Gold went to New Zealand, silver to Germany, and bronze to Great Britain.

The disappointment of the Holland Eight rowers is therefore great. ,, We came here to win, we were so dominant in the heats and everything that went so well in preparation does not go well in the Olympic final. We missed all the aggression. It’s extremely disappointing, ”said Robert Lücken, the man in the batting position.

Penalty drama for football players against the United States

Orange is eliminated from the Olympics. The European champion and vice-world champion lost in Yokohama after a 2-2 draw on penalties against USA 4-2, with the odds sure to beat the world champion. The heyday of Sarina Wiegman, who becomes England national coach after four successful years with the Orange, has come to a sad end.

In the 80th minute, Lieke Martens already had the last chance to shoot the Orange in the semi-finals against Canada, but his weak penalty was stopped by American goalkeeper Alyssa Naeher. In the series of penalties, star Vivianne Miedema and Aniek Nouwen also failed to score from eleven meters.