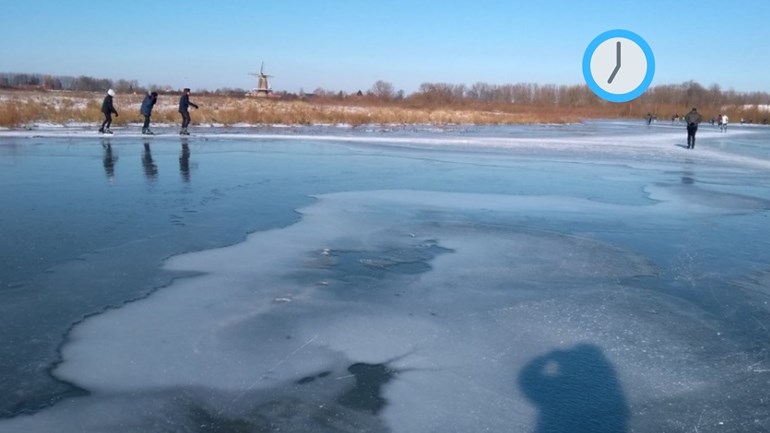 Last night there was a stab in the center of Middelburg. A man was injured in the process. Nothing is known about the nature of the injuries. The police have searched for the culprit, but cannot arrest anyone.

The swan that was rescued by the animal ambulance and fire department on Wednesday is in quarantine at the De Mikke bird and mammal refuge in Middelburg. According to De Mikke’s Coby Louwerse, the bird has weakened and must recover before it can come out again. Louwerse doubts the swan is mourning a lost female and offspring.

It is still possible for a few more days to skate on Zeeland’s natural ice. On our website we have a list of places where you can skate. New locations are added every day, so keep an eye out for if you want to attach irons.

Marathon skater Erwin Mesu from Middelburg will also have to stick to leisure laps. Last night the cabinet announced that it would not allow a Dutch championship on natural ice, much to the disappointment of the KNSB skating association.

It will be a sunny day and it will freeze moderately with temperatures between -3 and -8 degrees. The east wind is quite strong and gives a fairly cold feeling. It will be an ice day with a maximum of -1.