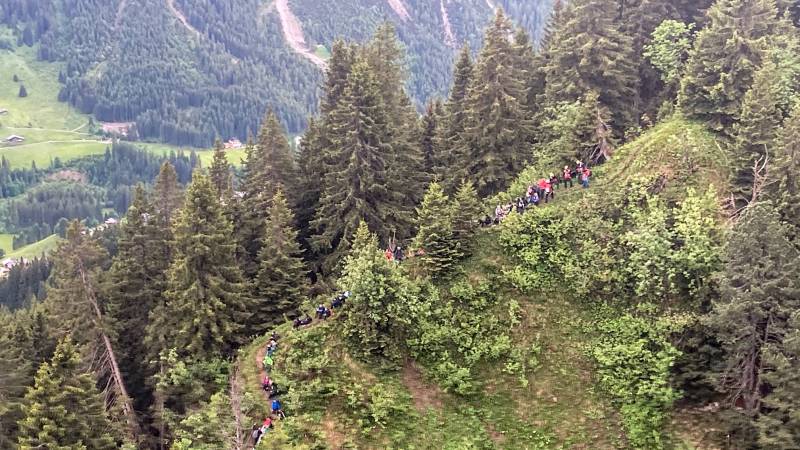 Last night Austrian police rescued almost a hundred German students from a mountain with rescue helicopters. The evening walk their teachers had chosen in the Kleinwalsertal nature reserve, about 80 kilometers east of Innsbruck, turned out to be a little too ambitious.

The 99 students, who are between twelve and fourteen years old, were there on a school trip. Their eight teachers had selected a walking route on the Internet as their evening activity. On the website, the tour was described as a “beautiful holiday evening walk”. Still, the mountain hike proved to be very difficult, a police spokesman told the Austrian newspaper. Standard† Children were neither experienced nor equipped.

As it started to rain and the paths became slippery, two students slipped and were slightly injured. Panic having broken out in the group, the teachers decided to call for help. They found a group of “exhausted, hypothermic and drenched students”.

The evacuation of the group of 107 people proved possible only by helicopter, but it could only take three people at a time. “You can calculate for yourself how many times we had to steal,” Austrian police said. He advises to be critical when researching hiking routes on the Internet: “There are also old, unmaintained paths that are now overgrown.”