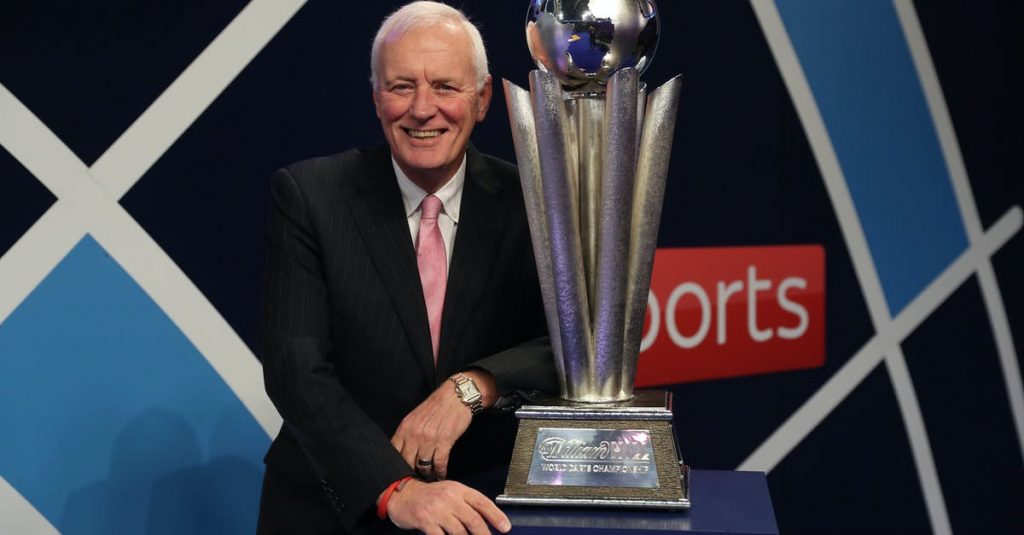 Barry Hearn suddenly announced his retirement as chairman of the PDC last month. He passed the baton on to his son Eddie.

Hearn explains to Weekly Dartscast why he decided to quit. “I’ve been thinking about it for about two years. In June I will be 73, I am still healthy, I could still function well, but time is running out. When I entered the PDC, the time had come. Life is all about timing and now is the time to give the younger generation a chance, ” said the British businessman.

Hearn, 72, came to head the PDC in 2001 and under his leadership the PDC has grown into the premier association in the sport of darts. The sport continued to go global, with World Series tournaments in the United States, the Middle East, Asia and Oceania. Regional tours have also been set up in North America, Asia and Oceania, where local players can earn a spot at the world championship.

Why has the sport of darts become so popular? Sport is by nature for the working class, but it is in fact accessible to all. In the lobby, it may happen that a dock worker is sitting right next to a bank manager. With darts we show the world that everyone can get along, as long as they are in the right environment. In principle, darts players are also ordinary people, but with an extraordinary talent (for darts, editor’s note). Sport ticked a lot of boxes for me, I feel completely at home. ”

In 2009, Hearn attempted to take over BDO as well. The £ 1million offer, plus a commitment to invest an additional million in amateur darts, was rejected. This motivated Hearn to make the PDC even bigger.

“When I entered the world of darts there was a lot of hatred and envy between the two unions. I contacted the BDO to sit down together. I was swept away, they were arrogant. After that, I was determined to destroy them, increase our prices, and make BDO more relevant. They are part of history now, let it be a lesson for everyone, ” Hearn warns.