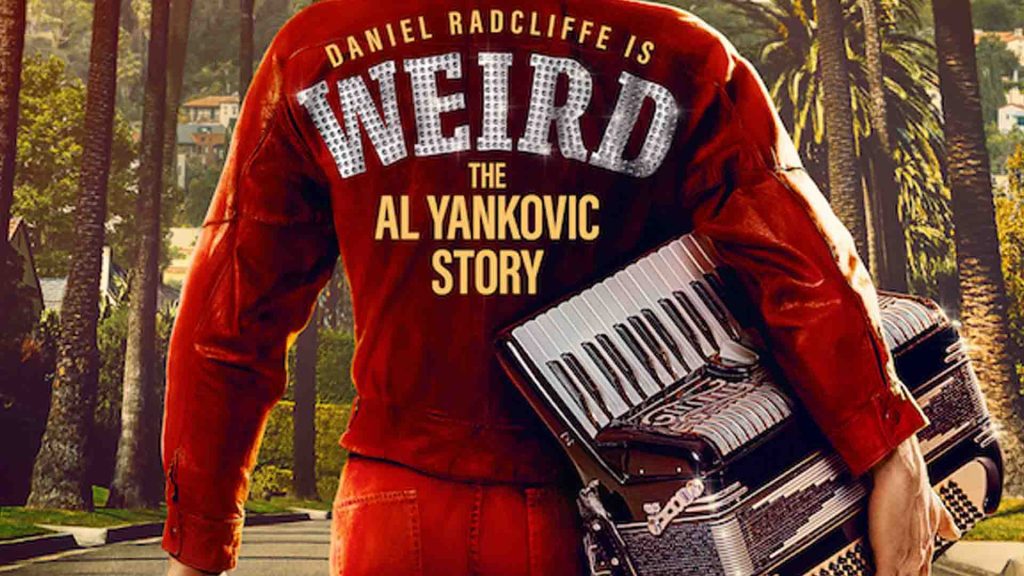 We are treated to a Weird Al Yankovic biopic and the lead role is played by none other than Harry Potter. For those unfamiliar with Weird Al Yankovic, Weird Al is a musician best known for his parodies of hits by others. Think about like a surgeon, Another takes the bus and Nice fly for a Jedi.

Only half of his songs are on his albums of which he has sold around 12 million. He received a star on the Hollywood Walk of Fame in 2018 and regularly appears in films and television series. Not bad for someone who mainly edits and publishes other people’s songs.

Weird Al Yankovic has become very well known to the general public thanks to these parodies. The music is almost the same as the original or covered in polka sauce. The lyrics are well thought out and often satirical or socially critical. For example, he brought Amish Paradise off, a parody of gangster paradise by Coolio in which he pokes fun at the Amish faith community.

Generally, Weird Al seeks and obtains permission from the original song artist for a parody, although US law does not necessarily require it. But for the sake of peace, he chooses this anyway.

Many artists are also honored when Yankovic chooses their song. Michael Jackson even borrowed the decor from the music video for bath his for the parody big. Dave Grohl once said in an interview, when Weird Al Yankovic did a parody of our hit Nirvana Smells like Teen Spirit we knew we had succeeded.

Back to the cinema. Yankovic is co-responsible for the screenplay with director Eric Appel and tells the untold true story of the musician. The film hides nothing and shows all facets of his life. From his depraved lifestyle to his affairs with celebrities and his rise to global stardom.

There’s a lot to laugh about in the film and a lot to enjoy in the music. In addition to Daniel Radcliffe, Evan Rachel Wood stars as Madonna and Rain Wilson stars as radio host Dr. Dementia.

Bizarre: The Al Yankovic Story comes out November 4th on the Roku Channel. A free streaming service in the United States. It’s still unclear if and how the film will screen in the Netherlands, so we’ll have to wait and see. We are really looking forward to it!